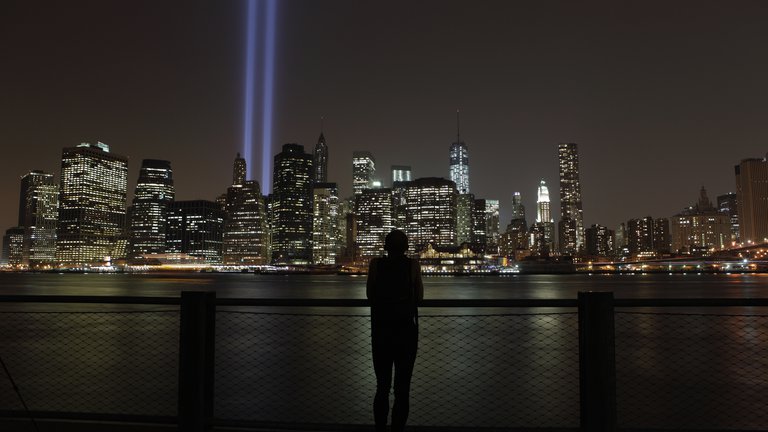 The events on 11 September 2001 represent a turning point in the economic and political history of the United States. Three thousand lives were lost and 25,000 individuals injured in a series of coordinated terrorist attacks across the country. The US had not experienced such a terrorist attack on home soil before – or since – that day. It’s been well-documented how this incident increased animosity towards Muslims. In this research, we ask whether 9/11 also caused changes in animosity towards other races or ethnicities in the US.

A long literature has examined the biological and evolutionary roots of bias against others perceived to belong to other groups. We asked whether increased animosity towards one specific outgroup (Muslims in the aftermath of 9/11) drives social preferences towards other outgroups (Black and Hispanic people).

We do so in the context of a high-stakes professional environment: the Federal Criminal Justice System (FCJS). A long-standing body of research has shown criminal sentencing outcomes vary by race and ethnicity, with minorities typically experiencing worse outcomes. The challenge in interpreting such sentencing differentials lies in establishing whether they are driven by other unobserved differences across individuals that correlate to defendant race or ethnicity, or whether they reflect discrimination. The question is of fundamental importance given that equality before the law is a cornerstone of any judicial system. It is difficult to know whether and how to reduce sentencing disparities if their underlying causes remain unknown.

To make progress on this issue, we consider 9/11 as an event that heightened the salience of insider-outsider differences in US society and specifically increased animosity towards Muslims. We use this shock towards one outgroup to measure spillovers on sentencing outcomes in the FCJS for other outgroups, namely for Black and Hispanic defendants.

Not all outgroups would be equally impacted by heightened animosity towards Muslims post 9/11. In particular, there are reasons why Hispanic defendants are closer to Muslims in social construct than others. Drawing on work in sociology, we provide a detailed account of how Islamophobia and immigration have become gradually intertwined in American consciousness since the mid-1990s, but were most forcefully framed together in the aftermath of 9/11. Three key channels link Islamophobia and Hispanics: (i) political rhetoric; (ii) policy framing and (iii) restructured institutions.

We use administrative records from the FCJS covering male defendants up for sentencing from 1998 to 2003, so either side of 9/11, and totalling 230,000 federal criminal cases. The data records all outcomes for a defendant, from their initial arrest and offense charge to subsequent stages of their processing through the FCJS. This enables us to study pre-sentencing differential treatment arising from the behaviour of prosecutors or legal counsel, as well as the behaviour of judges at sentencing. The data does not allow direct impacts of 9/11 on Muslim defendants to be studied because they contain no identifier for religion. Even if they did, there would be expected to be very few defendants of Muslim origin in our study period.

Sentencing guidelines were in place during our study period. These guidelines provide for determinate sentencing, mapping combinations of the severity of the offense and the defendant's criminal history into a sentencing range. Judges are entitled to use their discretion to impose a lighter sentence than the one recommended in the guidelines; this is known as a downward departure. This is the primary outcome of interest when studying judicial decision making and is an important margin to consider. For example, Mustard (2001) documents that 55% of the Black-White sentencing differential is attributable to differences in rates of downward departure.

Evidence of contagious animosity across outgroups

Our main finding is that for Hispanics sentenced post 9/11, sentencing differentials become further exacerbated through a specific channel: they become 13.5% less likely to receive a downward departure than White people. The implied increase in sentence length for Hispanics is .7 months, corresponding to a fifth of the pre 9/11 difference in sentence lengths between Hispanic and White defendants.

Black-White sentencing differentials around 9/11 are unaffected along all sentencing margins.

We also examined the decisions of prosecutors around 9/11. We found that their behaviour is also consistent with them displaying contagious animosity from Muslims to Hispanics. For example, Hispanic defendants initially charged post 9/11 are significantly more likely to receive an initial offense that carries a statutory minimum, and their statutory minimum sentence is 10.7 months longer.

We provide among the first real-world evidence to show the existence of contagious animosity across outgroups – when individuals feel greater animosity towards one outgroup this can spill over onto other outgroups. Establishing this is important because it implies a malleability of outgroup biases and that anti-discrimination policies against one outgroup can have positive or negative externalities on other outgroups.

Inequality across groups and policies

In US society, it is near impossible to consider inequality of outcomes and opportunities without considering race or ethnicity and the role of the criminal justice system. Similarly, in the UK, striking inequalities exist between the majority and the BAME population. The recent Lammy Review highlighted that despite making up just 14% of the population, BAME men and women make up 25% of prisoners, while over 40% of young people in custody are from BAME backgrounds. If the prison population reflected the make-up of England and Wales, there would be 9,000 fewer people in prison, equivalent to 12 average-sized prisons. Most strikingly, the Lammy Review highlighted there is greater disproportionality in the number of Black people in prisons in the UK than in the US.

Naturally a similar approach as above could be used to research the same issues in the UK, potentially using the terrorist events around 7/7/2005 to study whether contagious animosity extends across other minority groups in the UK.

Our analysis opens up the black box of understanding the structure of social preferences in societies where there are many potential outgroups one could consider. There is no reason to expect contagious animosity or contagious altruism to characterise all pairs. Moreover, there are common circumstances in which individuals have multiple identities and other circumstances in which individuals can choose an identity in anticipation of the kinds of interlinked social preference structures we have documented. This introduces a wide array of research questions at the intersection of the formation of social preferences and the economics of identity. These can help to understand the drivers of inequality across groups and policies to combat such differences.

Imran Rasul is a Professor of Economics at University College London, co-director of the Centre for the Microeconomic Analysis of Public Policy at the Institute for Fiscal Studies, and Research Programme Director in the Firms portfolio, at the International Growth Centre. He was elected a Fellow of the British Academy in 2019. Dr Brendon McConnell is a Lecturer in the Economics Department at the University of Southampton. Read more about their study Contagious Animosity in the Field: Evidence from the Federal Criminal Justice System.