‘A Fistful of Shells’ by Toby Green 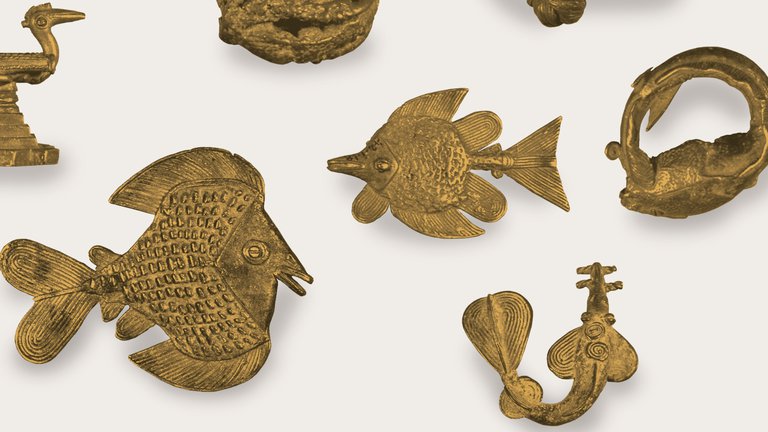 This is part of our 2019 Al-Rodhan Prize series celebrating the six non-fiction books shortlisted for promoting global cultural understanding. In this extract from the winning book, ‘A Fistful of Shells’, Toby Green considers the history of West Africa.

The landscape of West Africa is filled with relics of a past that few today in or outside Africa know much about. On the north bank of the Gambia River lie the Wassu stone circles, built sometime in the last few thousand years by cultures of which there is very little awareness today. In the region of Dô, in what is now south-central Mali, huge fields of tumuli lie scattered across a wide area, some of them 50 feet in diameter. The large walled fortress of Loropéni, perhaps dating from the 17th century, or perhaps earlier, now lies scattered in the bush of southern Burkina Faso. In southern Nigeria, earthen defences known as eredos, 33 feet tall and over 100 miles in length, and dating from the fourteenth century, are found in Ijebu. In many coastal and riverine regions, it is easy to come across enormous shellfish middens, piled up over the centuries by peoples whose names and beliefs have by and large been forgotten.

For decades, outside a small circle of passionately dedicated scholars, these African pasts have suffered neglect. Yet they reveal ancient civilizations and a history whose relevance is absolutely contemporary. As early as the seventh century BCE, the Nok culture that grew around the plateau region of what is now central and northern Nigeria had developed agriculture and iron production. The settlement of Jenne-jenò in the inland delta of the Niger River had grown to a population of around 4,000 people by 400 CE, and had grown to as many as 26,000 by 800 CE. This growth was supported by rice production developed through iron tools smelted by local smiths. The iron ore was brought from around 30 miles away, while copper ornaments found in burial chambers probably came from much further afield, in the Sahara. Meanwhile, digs in the Upper Senegal River Valley have shown a similar trade in copper artefacts by around 500-700 CE, where they were traded for cloth produced on spindle-looms.

For most historians, though, Africa has always been ‘outside history’. It is, after all, easy enough to dismiss something when you know little or nothing about it. Yet globalization came so early to many parts of Africa that one Chinese chronicle claims that ambassadors from the region of Ethiopia went to the Chinese court around 150 BCE. It’s hard to imagine the Celts or the Jutes before the time of Christ doing the same. African trade connections expanded rapidly, especially after around the year 700 CE. By around 1000, Madagascar was linked to China through the trading town of Kilwa, located on an island off the coast of southern Tanzania and founded by a Persian sultan in the eleventh century. Many artefacts of Chinese porcelain found in recent excavations of Kilwa have confirmed the very extensive long-distance connections here from an early time.

In West Africa, the pattern is similar. Early cave paintings from the era of Jenne-jenò reveal chariots with wheels, suggesting that this was a technology known in West Africa, either through long-distance trade to the Mediterranean or through local use. Analysis by archaeologists of the gold coins used in Tunis and Libya suggests a major change around the ninth century CE, when gold from the forest regions of what are now Ghana and Ivory Coast was dug out in large quantities and exported through networks of local traders. By the eleventh century, there were important mints in cities from Siğilmāsa in Morocco to a variety of cities along the Mediterranean coast, and the trans-Saharan trade from the states of West Africa influenced the commercial and cultural worlds of Al-Andalus in Spain.

If this surprises some readers, it is because ‘History’ as a subject has developed a rather selective memory over the years. There was a time when this was well-known to many. One example is the Catalan Atlas, compiled by the Majorcan Jewish cartographer Abraham Cresques in around 1375. Here, the Emperor of Mali (rey Melli) sits enthroned with a sceptre and golden crown, dressed in elegant robes. In his right hand he extends a golden nugget to a North African trader, mounted on horseback, who emerges, his face wrapped in cloth, from the nomadic encampments of the Western Sahara. Across the Atlas Mountains, trade routes crisscross the desert towards North Africa, and some of them extend across the Mediterranean to the Iberian Peninsula. It is a powerful representation of the ways in which West African kings interacted with the Mediterranean worlds though the gold trade almost 650 years ago. It shows us how keen European rulers were to find out about Africa, and that, in fact, some of them already knew quite a bit about it.

© Toby Green from A Fistful of Shells: West Africa from the Rise of the Slave Trade to the Age of Revolution, Allen Lane, 2018

Dr Toby Green has worked widely with academics, musicians and writers across Africa, organising events in collaboration with institutions in Angola, Ghana, Guinea-Bissau, Sierra Leone and the Gambia. He has written a number of previous books, and his work has been translated into twelve languages. Awarded a 2017 Philip Leverhulme Prize in History, he is Senior Lecturer in Lusophone African History and Culture at King's College London. A Fistful of Shells won the 2019 Al-Rodhan Prize.