Language learning: turning a crisis into an opportunity

by Neil Kenny and Harriet Barnes 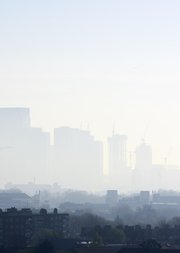 This article is published in British Academy Review No. 35 (Spring 2019).

Languages come in all shapes and forms – spoken, written, and sign; modern and ancient; UK-indigenous, European, Asian, Middle Eastern, African, indigenous American. But the UK has two problems with languages. First, many people emerge from formal education with a lifelong English monolingualism. The more disadvantaged their background, the more that happens. It means they miss out economically, culturally, and cognitively. Secondly, even where multilingualism does surround us in the UK, as it does especially in cities, we too often see it as a problem rather than as an under-exploited asset.

Things are, in many ways, getting even worse. The number of students studying modern languages at undergraduate level has fallen by 54 per cent since 2007–08 [note 1]. In the same period, at least 10 university modern language departments have closed, and another nine have significantly downsized. Fewer than half the pupils in English secondary schools take a GCSE in a modern or ancient language. Half of sixth-form colleges in England have stopped offering at least one modern language A level. And can you guess how many secondary school pupils studied German A level in Wales in 2018? A mere 70. With statistics like these, no one would deny that language learning is in crisis.

But, in a world where advances in machine-learning technology are improving Google Translate, and the Duolingo language learning app is reported to have 300 million active users, does the weakness of language learning in formal education really matter?

Google Translate certainly might help you a bit with communication in situations where big errors don’t matter. But Google Translate doesn’t profoundly enrich your brain, your cultural understanding, your capacity for empathy, in the way that language learning does. Google Translate doesn’t give you a window into other worlds, broaden your mental horizons, make you more likely to be curious and respectful when encountering other cultures and communities. Nothing beats language learning when it comes to producing a mindset of cultural agility that is highly valued by employers in an increasingly global labour market. It enables people to navigate through unfamiliar environments, sensitive to differences in social norms – skills vital in business as well as in more formal diplomacy. And this cognitive flexibility has also been shown to be beneficial to our long-term mental health. Finally, numerous disciplines promoted by the British Academy have long shown that deep study of and research into languages, modern and ancient, go beyond personal benefit to increase the sum total of human knowledge about both the modern world and our past.

So we should be taking steps to reverse what risks becoming an inescapable downward spiral. The good news is that we appear to be at a point where there is a growing coalition of voices pressing for action.

Over a few days in late February and early March 2019, the air waves were full of these voices. The British Academy published a statement, Languages in the UK: A call for action. In this we gained the support of our sister national academies for science, medicine and engineering to call upon government to adopt and implement a national strategy for languages. We set out the evidence for how the UK’s lack of language skills has resulted in the loss of economic, social, cultural and research opportunities. For example, the economic cost in terms of lost trade and investment has been estimated at 3.5 per cent of GDP (around £48 billion a year). We argue that the task of making the UK’s language capacity fit for purpose cannot be solved through education policy alone, but requires a joined-up approach across government departments, and also across the devolved administrations of Northern Ireland, Scotland and Wales.

Our call aligns closely with a proposal, published a few days later by the All Party Parliamentary Group for Languages, for a National Recovery Programme for Languages. The APPG, chaired by Nia Griffith MP and Baroness Coussins, has set out a vision ‘to meet the UK’s goals in government, business and civil society by building a country where language skills are valued; where speaking more than one language is the norm; and where languages education and training are world class, equipping the current and next generations with the right language skills for the future.’

And a few days earlier, the BBC launched the findings of its own research, which elicited responses from over half the secondary schools in the UK. It provided further evidence of the decline in numbers of students taking languages, and consequently the reduction of provision within schools. The BBC’s findings suggested that many teachers believe students are turned away from languages because they perceive them to be difficult. Action is needed to rectify that perception. When taught well and graded fairly (rather than severely), languages are no easier or more difficult than other subjects.

Other bodies are acting too. The Arts and Humanities Research Council has invested £16 million in the Open World Research Initiative, a series of four major programmes aiming to show the crucial role which languages play in contemporary issues, evidence which is showcased in their recent Power of Languages report.

This concentration of activity does seem to be bearing fruit. The issue is certainly attracting attention within Westminster and Whitehall. In the last few weeks we have seen questions and debate, in both the Commons and the Lords, on the need for a strategy (though disappointingly answered solely in relation to relatively modest policy actions for secondary education in England), on actions to address the fall in numbers in higher education, and on how the supply of teachers and interpreters and the opportunities for year abroad study will be maintained in the new immigration system.

The British Academy itself is now working with partners with interests across the education system to flesh out what the education and skills part of a national strategy for languages might look like. We are seeing how we can build on existing structures and initiatives – such as the Scottish Government 1+2 policy (where every pupil should have opportunity to learn two languages in addition to their mother tongue), the MFL Mentoring Scheme pioneered by Cardiff University, and the MFL Centre for Excellence and associated school hubs which are central to the Pedagogy Pilot for secondary education in England.

Finally, a key finding of the BBC research was that, while numbers taking French and German continue to fall, there has been an increase in the uptake of Spanish – and also of other languages, such as Portuguese, Polish, Arabic, Russian and Chinese. None of this changes the fact that overall numbers are very low. And the numbers studying these less traditional languages are very small in absolute terms.

But they do indicate where there is huge untapped potential to boost the UK’s linguistic capacity. The UK is a multilingual country, but this extra linguistic competence in ‘community’, ‘heritage’ or ‘home’ languages is rarely recognised. The language learning that goes on in thousands of complementary or supplementary schools has little public visibility, and some children may actively conceal their abilities, feeling them irrelevant or embarrassing. There is clearly an educational dimension to this, joining up such learning with mainstream schools. But a co-ordinated national languages strategy which goes across government departments would be an opportunity to develop the role that these languages can play in building social cohesion, and in improving accessibility to public services such as the courts system, policing and health through better quality interpreting and translation.

The UK has the potential to become a linguistic powerhouse. But to achieve this, concerted action is needed. There are signs that the momentum is building. We must capitalise on the opportunity this presents.

1. HESA Student Record accessed via Heidi Plus online analytics service. Copyright HESA Ltd. Neither HESA nor HESA Services Limited can accept responsibility for any inferences or conclusions derived by third parties from data or other information obtained from Heidi Plus.

The British Academy’s statement, Languages in the UK: A call for action, was published in February 2019.