Whose business is prosperity? 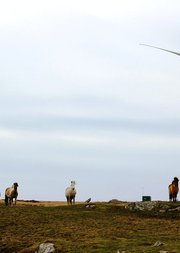 Professor Dame Henrietta L. Moore is the Founder and Director of the Institute for Global Prosperity, UCL. She was elected a Fellow of the British Academy in 2007.

Over the past decade or so, it has become increasingly clear that our once widely accepted economic paradigms are contributing to the greatest challenges of our times, rather than steering us to a sustainable and prosperous future.

Economic growth once guaranteed a continuous increase in the standard of living of normal people, and the companies who drove this growth forward could be proud of the value they provided to society. But somewhere along the lines, we have lost our way.

We now find ourselves in a position where we increasingly face a two-tiered system. The small amount by which the economy does grow disproportionately goes to those who already have wealth, whilst those who need it most are left without opportunity.

Stagnant incomes in the UK over the past 10 years and a huge generational divide in wealth are leading to pessimism over the future, as the lack of opportunity sets in. Some 53 per cent of people believe today’s youth will have a worse standard of living than their parents. Fifteen years ago, this figure was just 12 per cent. People don’t have faith in their lives getting better anymore, and many view business as part of the problem rather than part of the solution. There has been a breakdown of trust between business and society.

A prosperous society is not necessarily a society that is wealthy – although a strong economy is an essential part of it. Instead, it is a society that is inclusive, sustainable, and capable of offering its residents the ability to have a fulfilling life. This has sparked an interest in new types of conversations about the most efficient ways in which economic resources can translate into well-being for both people and the environment. One of these conversations has been about rethinking and redefining the meaning of prosperity, as well as promoting multi-dimensional theories of well-being, happiness, and social progress as an alternative to the dogma of GDP growth.

We need to see a similar shift in the business world. The hoped-for linkage between profit and improving society is sometimes true, but all too often it is not, and it is increasingly evident that the narrow goal of ‘profit maximisation as soon as possible’ does not coincide with the best interests of society or the safeguarding of the planet’s resources.

The importance of the UN SDGs

The future of business needs to be linked to a commitment to the sustainable prosperity of people and planet. The UN Sustainable Development Goals (SDGs) set out a series of targets that provide a framework for action towards this purpose. There is an urgent need for the world to find a low-carbon sustainable development path underpinned by a new set of economic models. The SDGs are based on what is known as the five Ps: people, planet, prosperity, peace and partnership. The critical action is to secure the first three through delivering the last two. The scale and complexity of the challenges involved will involve the combined skills of government, civil society, communities and business. Solutions are urgently needed, and we need to map out new pathways to prosperity through new forms of partnership and collaboration between individuals, communities and nations. However, such collaborations will need to be set in the context of a new social contract; one that places the safeguarding and regeneration of planetary resources at its centre.

As the report of the Business and Sustainable Commission emphasised, this will require a new kind of business; a business both fit for the future, and committed to the long term prosperity and well-being of generations yet to come. Any sustainable prosperity agenda would go well beyond CSR or the greening of supply chains, and make it the ‘new normal’ to act on the pressing challenges of the day. This includes such things as food security, fuel poverty and climate change. The SDGs can act as the growth strategy and innovation space for the businesses of today and tomorrow.

Business has particular responsibilities – ones that should be enshrined in legislation – to ensure that the true cost of natural and human resources are factored into their activities. This involves the costs of the consumption and degradation of the planet’s assets, principally air, water and soil. This is not just a matter of ceasing to externalise the costs of pollution and deterioration, but recognising that the planet’s assets are common assets and must be protected, maintained and regenerated. Decent work and decent wages are about maintaining and developing the human assets on which the economy depends. At the present time, global capitalism benefits from the more than 25 million people working in forms of modern slavery, and the 150 million children around the world who work in mines, factories, fields and rubbish tips. (See: The Global Slavery Index: 2018 Global Findings)

The role of business in society is beginning to change. There is a much clearer recognition that business needs new forms of partnership and collaboration with government, civil society organisations, employees and communities. Change is being driven in part by new technologies and the new forms of production, consumption and distribution they enable. For many, the new household business names, such as Uber and Airbnb are iconic in this regard. They employ few workers in the traditional sense, they do not own the assets they use to create value, and they produce nothing. They are firm–market hybrids that operate through platforms, exploiting peer-to-peer provision and with no co-located social systems. They are also regulated by local and city government rather than national government.

The sustainable businesses of the future have to develop these capacities and capabilites, but do so within a space of regeneration and innovation marked out by both by the UN SDGs and by new complex ecologies of partnership and collaboration. The needs of individuals and communities are the demand of the future, and these needs are changing and new opportunities are emerging.

It is estimated that by 2050, 140 countries in the world could be powered entirely by wind, solar and water. The move to a low-carbon/non-fossil fuel economy creates new opportunities. Focusing on improving quality of life for people around the world could start with the recognition, for example, that 360 million people in India are without electricity and another 20 million have power for less than 4 hours per day. Energy deficits underpin failures in human capital and in agricultural productivity and innovation, among other things. New businesses are emerging to meet these needs. For example, BuffaloGrid targets off-grid and grid-edge communities in emerging markets using internet-connected charging hubs to charge local mobile phones, as well as providing an associated cloud service. In India, this has helped more people get online, and therefore enabled them to access digital services related to employment, education, health and entertainment.

Off-grid distributed technologies bring many benefits, including the benefits of distributed ownership. Repowering London is a community benefit society that facilitates the co-production of community-owned renewable energy projects. Renewables should be in community ownership. Working with Hackney’s Banister House Estate in London, it uses block-chain technology and AI smart hubs to allocate the renewable energy the community produces based on needs. The result is that the community generates, stores and trades its own energy.

The needs of community energy organisations are beginning to drive investment, and to redistribute power away from shareholders to stakeholders. The valued added that community energy brings is often under estimated. It is not just a matter of financial capital, but of social capital and social cohesion. On the small Hebridean island of Tiree, a single wind turbine which has been running for 7 years is run for the community. The profits from electricity generation – over £150,000 per year – are invested back into the community, with the money going towards afterschool activities for children, and activities for the elderly. In Berwickshire the benefits of a community wind farm are realised through investment in social housing for local people.

These businesses create value and deploy capital in new ways. They are distributive by design and focused on improving quality of life, whilst protecting common assets. We need economic systems that invest in human, natural and social wealth. Businesses need to be regenerative of value in the fullest sense, embracing the growth potential of responsible environmental and social policies. Better business will mean a better world.