How can we change the nature of the corporation?

by Colin Mayer and Henry Richards 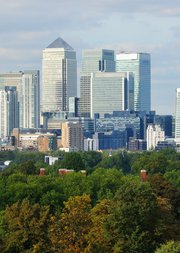 Henry Richards is Interim Project Manager (Future of the Corporation).

The Future of the Corporation programme has now set out its findings from the first phase of research. We call for a fundamental shift away from the idea that the sole purpose of business is to increase profit. In its place, we argue for a new framework of defined corporate purposes, commitment to trustworthiness, and enabling cultures. There is considerable academic and business support for this, but the question we address here is how to achieve it.

Corporate and economic systems are complex, interconnected and global. Nation states do not have the influence they once had over their economies. Corporations driven by fiduciary duties to increase profits are adept at finding the most accommodating environments in which to operate, and new technologies are assisting them in doing this by reducing costs of mobility. As a consequence, piecemeal reform will not work – a multi-pronged approach is needed that addresses the failings of the existing system in a co-ordinated, comprehensive fashion. We outline five levers of change below: ownership, corporate governance, regulation, taxation, and investment.

Conventionally, ownership of corporations is equated with shareholdings. But they are not the same, and most shareholders would not regard themselves as owners in any meaningful sense of the word. Instead, ownership is more helpfully considered in the context of corporate purpose.

There are many forms of ownership that are associated with this, including individual, family, institutional, employee, co-operative, mutual and public ownership, depending on the nature of corporate purposes. This points to the importance of having diversity of ownership, and the responsibilities as well as rights that go with it.

Reforms to ownership involve changes to corporate law, enabling and encouraging diversity. But equally important are reforms to the practices of investors, business owners and managers, accepting corporate purposes beyond profits. Unilever provides an illustration of the impediments to this. In 2018 it sought to secure the company’s long-term future by restructuring and relocating its headquarters in the Netherlands. However, financial institutions blocked the move on the grounds of its implications for the inclusion of the company in the FTSE index and its enhanced protection against being taken over.

The particular form that corporate governance takes is specific to the nature of the firm’s corporate purposes and the particular requirements to deliver them. The issue is very much alive among regulators and politicians. Daniela Weber-Rey highlights some of the changes taking place in corporate governance rules in France and Germany. The UK has seen significant recent changes to its Corporate Governance Code, and there have also been proposals from the Labour opposition party to reintroduce public ownership and reform employee ownership. In the United States, Senator Elizabeth Warren has proposed an ‘Accountable Capitalism Act’ that seeks to ensure corporations are accountable to all stakeholders, not just their shareholders.

Regulation is the conventional panacea to the problems of business. However as technological advances increasingly outpace regulatory reform, the limitations of regulation become ever more evident. Instead regulation should seek to align corporate with public purposes in those organisations and circumstances where it is most relevant to the social function performed by corporations. This can be achieved through, for example, incorporating public purposes in the charters and articles of association of private corporations.

John Armour proposes ‘forward compliance’ as a new approach that aims to overcome the lag between corporate innovations and regulatory responses. Peter Buckley considers the wider set of rules that influences business, and highlights the need for business to respond to national and international moral frameworks – such as codes of conduct, and the Sustainable Development Goals – as well as regulation.

Mihir Desai and Dhammika Dharmapala address issues to do with corporation tax. Globalisation is intensifying the inability of nation states to use corporate taxation as a source of public revenue. Their article outlines three alternative types of reform to the global corporate tax system.

Examples of the defects of corporation tax appear regularly. In October 2018, Facebook reported a four-fold increase in revenues in the UK but only a small increase in its UK corporation tax. But it also illustrates the potential, as noted by Peter Buckley, for moral frameworks and public pressures to influence business practices, as the company agreed to end its practice of lowering corporate tax liabilities by routing sales through Ireland.

Our final lever is investment. The provision of large-scale, long-term investments often necessitates the involvement of government as well as the private sector. This gives government significant potential leverage over corporations. However this has not been effectively deployed to date and the performance of privatisations and partnerships between the public and private sector in their delivery has been disappointing.

It is in precisely these areas where corporations are performing significant public and social functions that corporate purposes should be aligned with public purposes through incorporating licences to operate in the charters and articles of association of companies. The case of Carillion, described by Colin Mayer, provides a clear illustration of what happens when governments fail to do this and private purposes of companies are at odds with the public interests of governments and regulators.

The Future of the Corporation programme has started a debate on the nature of business in the 21st century. The first phase research findings have highlighted the need for a fundamental shift in the framework underpinning business practice and public policy towards business. The shift will need to be multi-dimensional and systemic, involving the five levers discussed here, and others. The British Academy will continue to support rigorous and objective research and analysis to underpin the programme, publishing new findings as they emerge, and engaging business and policy-makers in reimagining the future collectively and purposefully.