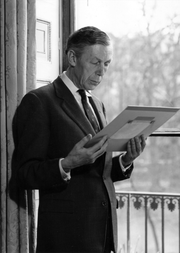 When he died in 1983, Anthony Blunt was nearly 76. The whole of the later part of his life, from 1947 when he took up the directorship of the Courtauld, was preoccupied with art-historical matters. His involvement with Soviet intelligence lasted less than ten years of the first part, in fact the actual espionage was effectively confined to the five years that he spent in MI5 during the war, when art history was on hold. The rest of the first part was a preparation for the second. Put like that, the spying was not ‘another life’, but an integral episode in his one and only art-historical life, and how to make sense of that is the besetting problem about Blunt.