Scotland and the United Kingdom 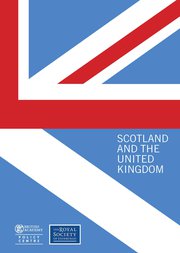 The issue of Scottish independence is one of the biggest constitutional issues facing the UK at the moment, with far-reaching consequences for all UK citizens.

In early 2012 the British Academy and the Royal Society of Edinburgh organised a pair of conferences to discuss Scotland’s past, present and future relationship with the rest of the United Kingdom. The events brought together academics and policy experts in the fields of constitutional law, politics and government, economics, international relations and history. It provided a platform for a frank and informed discussion on this topic, including complex issues such as tax and spending, the English response and relations with the European Union.

This report is a record of the views expressed by the speakers and attendees at those events. It aims to provide expert analysis and to encourage rich and informed debate on all aspects of this hugely important topic.

A response to Scotland's Constitutional Future

In March 2012, the British Academy responded to the Scotland Office consultation on facilitating a legal, fair and decisive referendum on whether Scotland should leave the United Kingdom.

Scottish independence: unionists must appeal to the heart, not just the head

Professor Jim Gallagher, Gwilym Gibbon research fellow at Nuffield College, Oxford, and visiting professor of government at Glasgow University, wrote a comment piece for the Guardian on the unionist campaign.