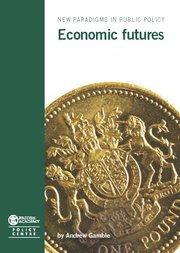 The financial crash of 2007 and 2008 brought to an end a long period of growth and stability in the British economy and has sparked widespread scepticism of economic forecasting for its failure to predict the crisis.  Here, Andrew Gamble FBA argues that the social sciences, specifically political economy, cannot predict exact future events but can offer value to policymakers by alerting them to a range of potential policies that are available, and by encouraging a deeper debate.

It is still uncertain how the British economic recovery will play out, but the scale of the political and economic challenges ahead suggests the need for an enhanced, rather than a diminished role, for government.  Many of the problems we face are political not economic, and government action is needed to find the rules and frameworks which can enhance political co-operation at national and international levels, and maintain popular consent.