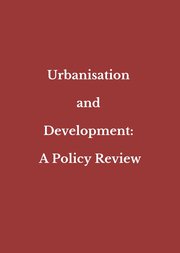 This working paper discusses recent reports produced by a range of relevant stakeholders and international organisations such as UN-Habitat, the African Development Bank Group, the United Nations Economic Commission for Africa or the African Growth Initiative. Its aim is to examine the main policy issues and key discussions in relation to urbanisation and development and assess the extent to which the role played by a wide range of urban actors, in particular religious groups and Faith-Based Organisations (FBOs), is taken into consideration. This paper argues that within policy discourse, especially with regards to urbanisation and development in African cities, religious urbanisation lies awkwardly between an example of ‘legitimate’ infrastructural development, urban informalisation, social business-led development and innovative, community-based funding. Religious urbanisation is not a prominent feature of policy narrative but tends to appear as a disruptive or ‘complexifying’ influence.

Religious Urbanisation and Infrastructural Lives in African Mega-Cities: Moral Economies of Development in Kinshasa and Lagos