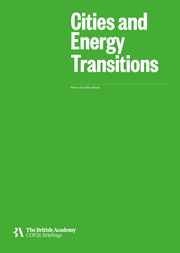 In the coming decades, 90% of urbanisation will take place in the developing world. It is estimated that in 2030, 40% of the world population will live in informal settlements, needing access to adequate housing and energy infrastructure. Energy transition is an opportunity to rethink the city and to include previously unacknowledged groups, such as informal settlement dwellers, in decision-making.