The Sir Israel Gollancz Prize, worth £400, is awarded annually for work connected with Anglo-Saxon, early English language and literature, English philology, or the history of English language. 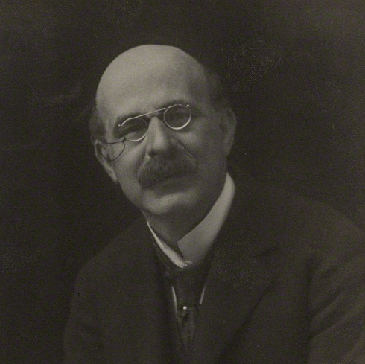 The prize was established through a bequest from Mrs Frida Mond in 1924. It was her intention to associate both the prize and a lecture with Sir Israel Gollancz, the first Secretary of the British Academy, "in token of a highly valued old friendship and his effort to further these studies". During Sir Israel’s lifetime, at his own request, the award was known as the Biennial Prize for English Literature, but after his death in 1930 it became the Sir Israel Gollancz Prize. The prize was first awarded in 1925.

Nominations for the Sir Israel Gollancz Prize are currently closed and will open again in autumn 2022.

Professor David Lawton has been awarded the 2022 Sir Israel Gollancz Prize for his lifetime contributions to Middle English studies and field-defining research.

David Lawton is Professor of English at Durham University and Emeritus Professor at Washington University in St Louis, USA. He has also held academic posts at York and the University of Sydney as well as chairs in Tasmania and at the University of East Anglia, and was Leverhulme Professor of English at Oxford in 2009-10. A graduate of Oxford and the Centre for Medieval Studies at York, he has published extensively on Middle English alliterative poetry, editing Joseph of Arimathea (1983) and (with Ralph Hanna) The Siege of Jerusalem (Early English Text Society, 2003), and on Chaucer, publishing Chaucer’s Narrators in 1985 and his edition of Chaucer’s complete works for Norton in 2019. He has published books on the Bible in English and on blasphemy, and is an authority on Middle English biblical translation. He is the longest-serving Executive Director of the New Chaucer Society (2002-12) and was founding co-editor (1998-2018) of the annual New Medieval Literatures. His most recent monograph is Voice in Later Medieval English Literature: Public Interiorities (Oxford University Press, 2017), described by one reviewer as ‘necessary reading for those interested in the literature, culture and history of the European Middle Ages’. A volume of essays in his honour, Medieval Literary Voices, edited by his former advisees Sif Rikhardsdottir and Louise D’Arcens, was published in July 2022, and includes a chapter on his scholarly career by John M. Ganim. Among his major interventions are his essay ‘Dullness and the Fifteenth Century’ (1988, investigating the guise of dullness adopted by fifteenth-century-poets), the first major essay reading Piers Plowman through the lens of literary theory (1987), and articles on the unity and diversity of Middle English alliterative poetry (1983, 1989) and on the Croxton Play of the Sacrament (2003). In his articles on world maps and travel narratives (2000) and on medieval anxieties about Ottoman expansion and modern Turkish literature (2003, 2007), he anticipated the current global turn in medieval studies (in which his current work is grounded). He is a Fellow of the Australian Academy of Humanities (since 1992) and a life member of Clare Hall, Cambridge.

“I am grateful to the British Academy and deeply honoured to receive this prize in the name of Israel Gollancz, with whose work I have been familiar since my first steps as a researcher. It is honestly heartening to be cited for my ‘interventions’ in the field; these always feel risky, particularly for relatively junior scholars (as I was in the 1980s, when I made the first such interventions), and it’s important, I think, to encourage bravery in challenging received ideas. In several decades I’ve incurred too many professional and personal debts for easy acknowledgment: to my dearest mentors and role models, Elizabeth Salter and Anne Middleton; to supportive senior colleagues early on, notably Derek Pearsall in York and, above all, Leslie Rogers in Sydney; to a large number of colleagues and friends with whom I’ve worked and taught over the years, and from whom I’ve learned so much; and most of all to students and former advisees, who have kept me swimming in the current, and in whose later achievements I take the most (if undeserved) satisfaction of my career.”