The British Academy Medal was awarded annually to recognise outstanding achievement that had transformed understanding of a particular subject or field of study in any of the disciplines supported by the Academy, in any branch of the humanities and social sciences. The medals were first awarded in 2013. 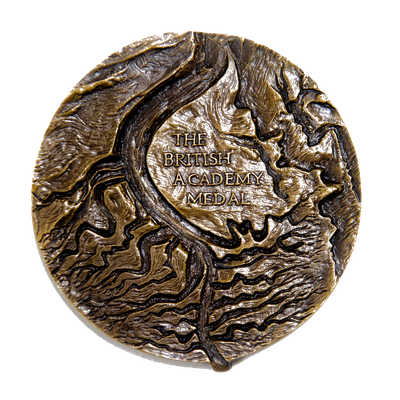 The British Academy medal is no longer being awarded.

Professor Naomi Oreskes was awarded the British Academy Medal in 2019 for her books Merchants of Doubt (Bloomsbury Press) and The Collapse of Western Civilization (Columbia University Press), both co-authored with Dr Erik M. Conway, and for her commitment to documenting the role of corporations in distorting scientific findings for political ends.

Naomi Oreskes is Professor of the History of Science and Affiliated Professor of Earth and Planetary Sciences at Harvard University. A world-renowned geologist, historian and public speaker, she is a leading voice on the role of science in society and the reality of anthropogenic climate change.

"I’m deeply honoured to receive the British Academy Medal, particularly insofar as it may be awarded in any branch of the humanities and social sciences. It is a privilege to be in the company of so many distinguished colleagues."

2018 Dr Miriam Griffin for lifetime achievement in the field of classics and ancient history.

2016  Professor David Lowenthal FBA for The Past is a Foreign Country – Revisited (Cambridge University Press, 2015)

2015  Professor Patricia Clavin for Securing The World Economy: The Reinvention of the League of Nations 1920-1946 (Oxford University Press, 2013)

2013  Professor David Abulafia FBA for The Great Sea: a Human History of the Mediterranean (Penguin Books, 2011)