10-Minute Talks: The life and work of Elizabeth Barrett Browning 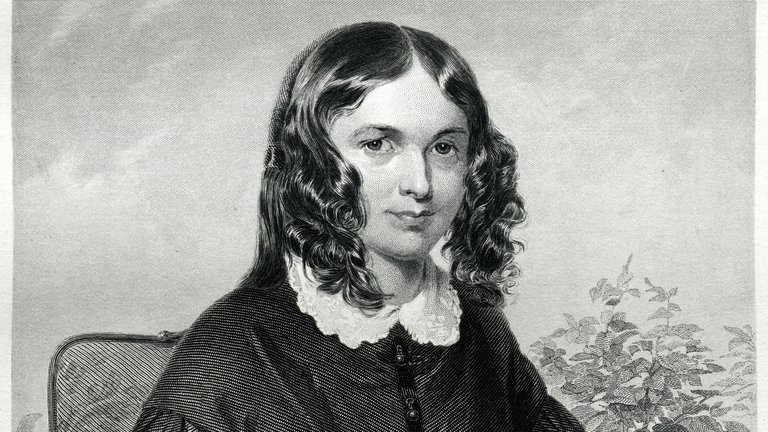 Professor Isobel Armstrong FBA discusses key stages of Elizabeth Barrett Browning's life and work, from the courtship letters she wrote to her future husband through to the 19th-century social and political issues that fed into her work.

I'm Isobel Armstrong. I'm a Fellow of the British Academy, the UK's voice for the humanities and social sciences, and today I'm talking about the Victorian poet Elizabeth Barrett Browning, often known by her initials E. B. B.

I think she must be one of the few Victorian women poets who are still a household name today – it's quite a feat. Many people will know her by the sonnet How Do I Love Thee?, part of a sonnet sequence called Sonnets from the Portuguese, that she wrote to her husband Robert Browning before they were married and gave to him after their elopement. That elopement in 1846 has become the stuff of popular imagination; popularised, made famous, by the play, The Barretts of Wimpole Street and also by the two movies of 1934 and 1957.

To read the courtship letters of the Brownings is an extraordinary experience and I think perhaps this is where one has to start if one is the first time reader of both poets.

[The Brownings] learned, as Elizabeth expressed it, "talking upon paper". They talked about everything; what they were writing, the weather, flowers, other people's works and themselves. Sometimes that writing is so intense that one almost feels like an interloper. "You have come to me as a dream comes", Elizabeth wrote "as the best of dreams come". She talked about her hypersensitivity to the post, upon which of course they depended wholly. She talks about waiting for the eight o'clock in the evening post – something we can't do today. And she says, "I have heard the footsteps of a letter of yours the ten doors off". It's as if she's hyper-alert and waiting for that letter. On his part, Robert Browning himself wrote, "I have loved you all my life unawares, that is the idea of you". So this extraordinary exchange continues – there's a marvellous letter from Robert, in which he condemns passive filial obedience in response to an urgent, worried letter by Elizabeth about whether she should be totally obedient to her tyrannical father. He was quite certain that she should not. It's very moving, I think, that in planning the elopement and the cross-channel steamers, he was so involved in a correspondence with Elizabeth about Ossian that he got the times of the steamers wrong. He copied down the times of the steamers from Le Havre and not from Southampton. I think we're all very lucky that he realised his mistake in time because history could have been very different.

I began with the letters because what they show us is Elizabeth Barrett Browning’s extraordinarily confident and powerful voice. Very, very confident female voice – very assertive, sometimes almost declamatory. It's a voice that brought an entirely new register to women's poetry. It's a voice – it's that power and strength that Elizabeth Barret Browning brings to poetry. I think she was thinking of the tradition of Sappho, the very powerful ancient Greek Poetess, and as it were, reanimating and revivifying that tradition.

"As the prisoners think of Liberty," she says in one of her letters, "as the dying think of her so I think of you – you must know what you are to me if you know at all what I am", she says, telling Robert not to be deprecating.

When we come to the poetry, that register is there in a very strong, and almost declamatory way. I'm going to read you a sonnet, Sonnet 22 of Sonnets from the Portuguese, to show you how that voice works in the sonnet. I think she transformed the sonnet; I think these sonnets are quite remarkable in their originality. Here's Sonnet 22:

"When our two souls stand up erect and strong,

Face to face, silent, drawing nigh and nigher,

Until the lengthening wings break into fire

At either curvéd point, — what bitter wrong

Can the earth do to us, that we should not long

The angels would press on us, and aspire

To drop some golden orb of perfect song

Into our deep, dear silence. Let us stay

Rather on earth, Belovèd, — where the unfit

Contrarious moods of men recoil away

And isolate pure spirits, and permit

A place to stand and love in for a day,

With darkness and the death-hour rounding it."

Now, there are many poems which have this authoritative, powerful, assertive voice. There's The Cry of the Children, a poem about child factory labour, in which she speaks of the rushing of the iron wheels which dizzy the children who were at work. There's the extraordinary The Runaway Slave at Pilgrim's Point. "I am black. I am black", the slave keeps on reiterating, and kills her child rather than let it live as a white child, because it indicates that it's been fathered by the father right or the slave owner. It was a controversial poem for her because her family's income came from plantations in Jamaica. So it is a very, very compromised poem in some ways.

There are also other poems. There's particularly the huge first novel of 1856 Aurora Leigh – longer than Paradise Lost – in which the aggressive feminist Aurora Leigh, who hates reading books about womanhood, hates making wax flowers, nevertheless has to begin to understand class and poverty in a different way. In a kind and gentler way. Above all, she has to understand that rape and violence do not elicit condemnation, but it's necessary to understand the violence of sexual assault. Then there are the Italian poems, the poems of the Risorgimento, the Casa Guidi Windows of 1851, and Poems Before Congress in 1860. All this.

I want to end with a quite remarkable poem A Musical Instrument, published posthumously in 1862. "What was he doing, the great god Pan,/ Down in the reeds by the river? Spreading ruin". He was spreading ruin – he was spreading ecological ruin, by damaging the golden lilies and the dragonflies, and he was pulling a reed out of the river in the interests of making his panpipes. Those were indeed sweet – so sweet she says that, "the Sun on the hill forgot to die".  Nevertheless, the poem remembers through the reed – the myth of Syrinx who was turned into a reed in order to escape the sexual violence of Pan. This poem I think is so extraordinary because there are so many questions. It asks Nietzschean questions about art and violence, art and sexuality.

However, we shall never really know how E.B.B. went on to pursue and explore these rather different questions from her earlier poetry. We shall never know this because in 1861, aged only 55, she died in Florence in the arms of her husband.

The Browning Letters, the correspondence of Elizabeth and Robert Browning, made available digitally through a collaborative project between multiple universities.

The poems of Elizabeth Barrett Browning, The Poetry Archive.