10-Minute Talks: The function of cynicism at the present time 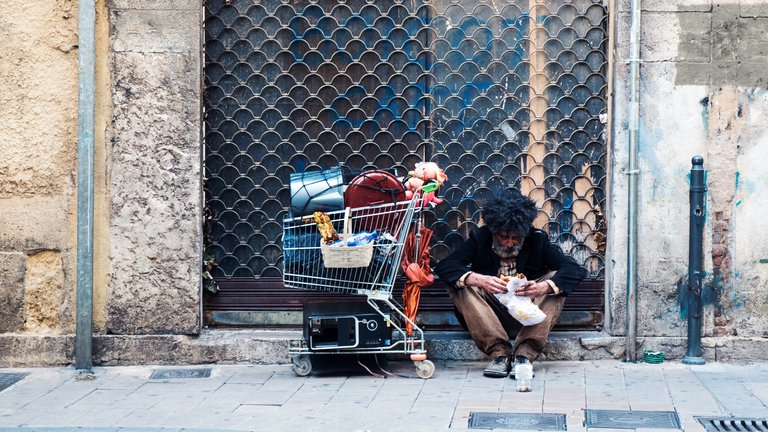 Professor Helen Small FBA considers the characteristic features of cynicism, its origins and development as a philosophical branch and what role it has played in public moralism, from the 19th century onward.

Hello, I'm Helen Small. I'm the Merton Professor of English Language and Literature at Oxford and a Fellow of the British Academy, the UK's voice for the humanities and social sciences. I'd like to talk today about the ideas in a book that I've just published during lockdown with Oxford University Press, The Function of Cynicism at the Present Time and, in particular, about what it has to say about the ways in which our cultures of public debate tend to work. I'm a literary critic, but the kinds of public speech and argument that interest me go beyond literature into philosophy, politics and especially the kinds of writing that are often described in my field as public moralism.

When people hear that you're working on cynicism, they tend to make one or two assumptions: that you're diagnosing an unhealthy amount of it in our culture and that you think we'd be better off without it – there being a great many books on that, along those lines, in recent years, many of them directed towards American situations. Unless, that is, the person you're talking with has been reading recent radical philosophy, in which case they may leap to the assumption that you want a heftier amount of it in our culture. I think we should take a more relaxed view.

Cynicism, as I see it, is part of the range of ways in which we may choose to engage with others, is something most of us resort to on occasion, most often because we want to inject a bit of energy or aggro into a discussion. Doing that too often is likely to get us into trouble. Doing it occasionally, doing it tactically, even, can be very constructive and it's those constructive uses that really interest me.

Before I go further: what is it? In its main modern sense, cynicism is a characterisation of a habitual way of talking and, if you take it seriously, habitual turn of mind.

Broadly described, a cynic is a person given to casting doubt on the motives that drive other people.

For example, you may say that you gave a sizable donation to rebuilding Notre Dame because you care about its enduring religious, historic and cultural significance in and beyond France. I, the cynic, say that you did so because it made you look good. It distracted public attention from your unsavoury business practices perhaps and it helped your tax return.

Cynics are quick to spot self-interest at work, in other words. It's their self-appointed task to call it out, to draw attention to it, to lower the tone. In doing so they're typically blunt, tactless, forthright to a fault. These are the most common modern associations of the word. Any good dictionary or history of philosophy will tell you that today's typology has its origins in the sayings and doings of the first cynics in Greek antiquity, Antisthenes, Diogenes of Sinope and their followers up into the fourth century.

Cynicism was the most striking branch of the Socratic tradition, revolutionising moral discourse by insisting upon the basic animal nature of the human being: shameless in their manner of living, pissing, satisfying their sexual needs in public. The early cynics wanted to liberate humanity from conventional material desires and emotional disturbance. They honed the art of doing without. Diogenes was famously said to have made his home in a tub or barrel. Seeing a young man scoop up water in the hollow of his hand, he threw away the wooden cup he'd been using, pleased to realise he didn't need even that.

Above all, the cynics were seen to debase the currency of conventional mores or morality. That's an allusion to the story that Diogenes was the son of a banker, responsible for issuing and overseeing the local currency at Sinope. When the coinage was found to be adulterated, the father was imprisoned and Diogenes fled into exile, says the story.

Similarly, cynic philosophy devalues the moral currency of the day, chipping away at or adulterating the metal base. By implication, if it were to circulate widely, the damaged currency, the moral economy of public life would be compromised. The aim of the original cynics was philanthropic. Through cynical speech and living a life of exemplary simplicity, they looked to cure people from the errors of value and judgment that can cloud reason. They weren't averse to a bit of staginess. Diogenes is famously said to have carried a lighted lantern into the marketplace in the full light of morning. When asked what he was doing he said, "I'm looking for a man", meaning for anyone capable of understanding and living in the knowledge of what it really means to be human.

Most of that philosophical apparatus or framework drops away after the high point of cynic influence in the Roman Empire, except for an important line of influence that runs through the history of Christianity. What we're left with is a very strong characterisation, remotely historic, tied up with a few famous stories about Diogenes principally, but no longer a lived or coherently livable practice of philosophy, I think most people would say. Cynicism was always a strong act of self-characterisation, but the further we get from its original forms, the more that characterisation looks theatrical, excessive, maybe absurd, certainly hyperbolic. To call someone a cynic or to pose as a cynic yourself is to activate a type, selecting and repeating from a known range of characteristics. As philosophical cynicism moves increasingly toward a literary and, in the 20th century, psychological cynicism especially, it increasingly gets associated with a style of speech: abrasive, confrontational, debunking, not interested in dialogue and unimpressed by high ideals.

Its great interpreter in the later 19th century was Nietzsche, who cut his philological teeth on the historical biographies that record the lives of the first cynics. He sometimes posed to his friends as a modern Diogenes. Nietzsche makes cynicism part of the stylistic repertoire of his philosophical writing. A way of arguing that works for him, partly because it has such obvious limitations; when he's being cynical, for example, about the origin of our commitment to morality, you can be sure he wants to get you thinking, worrying, about how much he means it and where he's really coming from. Above all, Nietzsche found cynicism helpful in articulating what it might mean to break the hold of convention and be free-spirited in your philosophising and how best to fashion a philosophical style in the assumption of that freedom.

Nietzsche is exceptional in how far he had thought cynicism through. Most of the writers I've engaged with, from Thomas Carlyle through to the contemporary American novelist Dinaw Mengestu, are much more intuitive, so I think much more like the rest of us, in what they do with it. Excepting Carlyle, most of them wouldn't standardly be thought of as given to cynicism at all. They're remembered, on the contrary, because they contributed to the ways in which educated publics thought about shared ideals and ambitions. For example: Matthew Arnold on the importance of culture; George Eliot on the importance of human sympathy and later in her career, the possibilities for moving beyond nationalism towards some sort of cosmopolitan world order; Bertrand Russell and his utterly uncynical supporter interlocutor John Dewey on the value of higher education.

Reading them closely, what interests me is the extent to which all of them made cynicism part of their repertoire, their toolkit, as they advocated for the ideals that mattered to them. Adopting a cynic line from time to time was a way of tuning up the aggression of their own intellect, checking out what a tougher, not easily persuaded intelligence might say on the subject. Arnold's view of culture is, if you look at it closely, entirely cynical in its assumptions about what most people care about and why they care about, for example, material prosperity, doing as they like and just getting on.

It's not that he really believes that or that he needs to believe that, but that any high-flying account of aspiring to be our best selves needs that groundedness, if you like, in an un-ideal view of where we start from. Dinaw Mengestu's novel, How to Read the Air, to take a much more recent example, approaches the current refugee crisis pre-primed against the failure of humanitarianism to make advances on the scale needed against national self-interest and common-or-garden individual selfishness. As I read it, the question Mengestu is asking is how tough we're prepared to be in acknowledging and fighting those realities.

Clearly, what we're dealing with by the 19th century is a way of thinking about cynicism that has as much to do with how we think about psychology as about lived philosophy as factors influencing how we argue in public for what we want. I wrote this book at a time when it had become glaringly obvious to most public commentators that our cultures of public debate have coarsened, partly under the influence of particular personalities on the public stage and partly because of divisive political issues touching on deeply held identities. Partly because the constraints on public expression seem, to many of us, to be have been weakened by social media and by under-regulation, the impossibility, perhaps, of regulating internet platforms. In that context, attempts to recommend normative models for public reasoning don't look well fitted to the real-life challenges of finding agreement in the public sphere. Hence my interest in looking beyond norms.

I'm not recommending cynicism. Left to itself it's crude and, as every psychologist who's written on the subject seems quick to say, inclined to narcissism. Cynics are bad at listening. All they may seem to want to do on a given occasion is to get a rise out of whoever is listening. But it's in the nature of keeping your expectations of other people low that you will sometimes be right. The single most thought-provoking insight I found in my reading in psychology and psychoanalysis came through Adam Phillips: the suggestion that cynics are deep-down idealists, whose idealism has taken a severe blow at some stage in their early developmental. Their cynicism protects against radical disappointment, against wanting more than the world or other people are likely ever to deliver. At least cynics have the – [that was the light in my room going! Exciting.] – at least cynics have the compensation of believing that they alone are right.

As I say, left to itself, cynicism doesn't look pretty, but cynicism is never really in isolation.

It's part of the range of ways in which anyone engaged in public debate may choose to operate. Used tactically, which doesn't necessarily mean with self-awareness, it can limber up the argument, energise it, bring it more into contact with the real impediments to moving good ideas forward. Rhetorical provocateurs are especially drawn to it and it brings with it all the problems of provocateur-ship: overstepping the mark, losing contact with the truth, forgetting one's audiences. But handled carefully, it stretches the picture of what public argument in reality entails. To employ it is a way of calibrating your own assumptions as a speaker about what the dominant moral assumptions, the values, tastes, political agreements are around you. Hence, the picture on the cover of the book Sylvain Fornaro's modern cynic, sleeping rough on the street, probably France, possibly Italy, in a shack made of boxes from Osram lightbulbs, trying to get a good radio signal amid a lot of interference and a respectful audience of mongrel dogs. Thank you.