10-Minute Talks: Religion, theology and the ultimate nature of reality 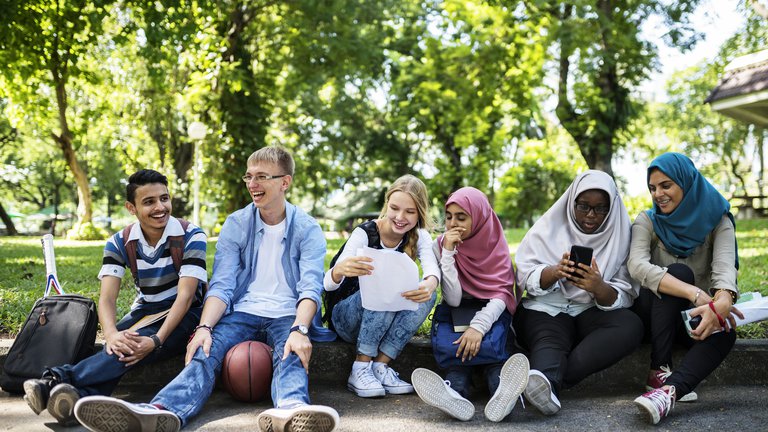 Revd Professor Keith Ward FBA discusses how religion and science relate, as well as addressing the religious belief that there exists a spiritual dimension of reality based on wisdom, compassion and bliss.

I'm Keith Ward and I'm a Fellow of the British Academy in the religion section. In the course of my academic life, I've been a professor of philosophy and a professor of theology, one after the other. I changed from philosophy because the philosophical questions I was interested in are the questions about the ultimate nature of reality. Whether what is truly real and originally real is consciousness, wisdom, compassion and bliss, something mind-like of which matter is an external expression, or whether reality is just matter, material particles and blind, unconscious laws of nature, and mental phenomena, thoughts, feelings, perceptions, etc, are just, as it were, offshoots or emergent parts of that material basis.

I think that's a fundamental question about reality and it's at the heart of religion because a lot of religions, most I think, are concerned with a reality which is made of consciousness, compassion, wisdom and bliss. Some religions give this a more personal interpretation, calling it God, and some a more impersonal interpretation, where it might be thought of as nirvana or the dao, the way of being, but in any case, the ultimate reality is more like a mind-like being of consciousness and purpose and value, than it is like a blind, accidental collocation of material atoms.

Then there's the related question, of course, in religion and in philosophy too, of whether there is a way in which humans ought to live to fulfil their proper destiny, or whether it's a matter of preference, really, and we just do the best we can in a world which is largely one of accidents.

Now, those are fundamental questions that belong to philosophy and theology. Some people think that philosophers are supremely rational and dispassionate individuals, whereas theologians are defending the views of some particular church and accept dogmas on authority. This is far from true in the United Kingdom, where quite a lot of philosophers are pretty dogmatic and quite evangelistic about their views, whatever they are.

On the other hand, theologians, in British universities anyway, tend to be people who have all sorts of views, some religious, some non-religious. Theology is the study of ancient texts, the study of ancient languages, the history of religious institutions, the anthropology and sociology of religion, as well as the analysis of doctrine and beliefs. But of course, as long as you teach the beliefs fairly, you don't have to have the beliefs of any particular church. That's what theology is, anyway, in British universities, and that's what I've always done.

I think religion is a very important subject to study, if only because so many millions of people in the world belong to religious traditions and it's important to understand their view of reality and to broaden our understanding of our own view. The more we learn about others, the more we "see ourselves as others see us", as Burns put it, and the less we will be subject to prejudice and just regarding other people as stupid, whereas we are obviously clever and correct. It's important in our world not to think things like that and therefore to investigate the often-religious or ideological roots of people's basic beliefs. That's what theology does and ought to do.

I am a person who believes that there is an ultimate reality which is mind-like and of great value. There is an existent objective value of wisdom, compassion and bliss and that is the foundation of reality. That's my personal belief, held on philosophical grounds and what I think are good arguments, but I quite accept that lots of people disagree with that. I wouldn't at all ever try to impose my views at all, just look for a reasonable statement of them.

I also think that human fulfilment is to be found by obtaining some positive relationship, either one of friendship or of, perhaps, even union. Some religions talk about union with that ultimate reality of wisdom, compassion and bliss. In fact, I think that's a common structure of many religious views, whether they are Buddhist, Hindu, Muslim, Jewish or Christian.

In our world, it's become possible for the first time in history to have a real appreciation and knowledge of traditions other than our own. I, for example, can read Buddhist texts in translation, usually, whereas even 50 years ago, they wouldn't have been accessible to me at all. Now I can get them on the internet. This means we have a real chance of understanding other religious views as well as our own, because the search for ultimate truth should be extended as widely as possible and take into account as many views as possible.

Global understanding, that new feature of religion, where we don't regard other religions as false and our own as true, or if we're atheists, we regard all religions as false and our view as true, that view isn't really adequate to true intellectual understanding and sympathy and empathy with the thoughts and views of other people. Something more is required and that more is understanding and appreciation. That's what theology should teach.

I think in our world we are in a quite new situation. Since the beginning of the 20th century, our view of the natural world, the one that scientists, cosmologists and biologists give us about the world, has changed completely from the times in which most traditional religions began. So it is a proper task to ask, well, how are religions meeting the challenges that new scientific knowledge brings? Are they reacting against them and saying, "no, we don't go for all that new scientific stuff at all. There's a war between the science and religion". Or are they saying, "well, no, we have to adapt our views because the scientific view of many billions of stars and galaxies, even perhaps universes, is very different from a view which you will find millennia ago, that the earth was the centre of the whole universe"?

We have to adjust religious doctrines and people like me are very interested in how religions do this. My own thought is that actually theories like cosmic evolution from the big bang to now is a very positive insight, which helps to understand why human beings are the way they are. I don't think that natural science itself answers the question, "does natural science tell you the whole truth about everything in the universe and the ultimate nature of reality"?

I do think that there's space for the philosophical view, known as idealism, which is the view that the ultimate basis of reality is more mind-like than that. It shows purpose. The evolution of life and consciousness and thought and reason from the big bang looks like a purposive process aimed towards value, or at least you can present that argument. I think that's one thing that theology does.

That's one interesting part of theology. How does science relate to religion? Then because it presumably says that lots of texts in ancient scriptures are pre-scientific, the related question is, "well, how are we going to treat those ancient texts?" What is the view we could take? We have to ask who wrote them? Why? When? What were the boundaries of their understanding and what can we expect from them? That leads to a critical but still sympathetic study of the scriptures.

Again, there need to be new ways of approaching that so that, for example, we needn't take laws which were written down 3-4,000 years ago, perhaps, as binding on us today. We can view them as early stages in the development of views of religion, which we have to rethink for our own age.

There it is. That's the sort of thing that I'm interested in: understanding the phenomena of religion in the light of our new scientific and global understanding. I think this is an exciting and interesting task. I don't think theology as such is committed to a view. I have my own view and I think it's right for me to say what that is, but not to suggest that everybody has to agree. It's for us to make our minds up, but our minds must be informed and that's what we try to do in the study of religion. Certainly within the British Academy and in British universities as a whole.

The Case for Religion, Keith Ward.

The Evidence for God, Keith Ward.