10-Minute Talks: Racism and religion in America – sin and the elusive "problem of seeing" 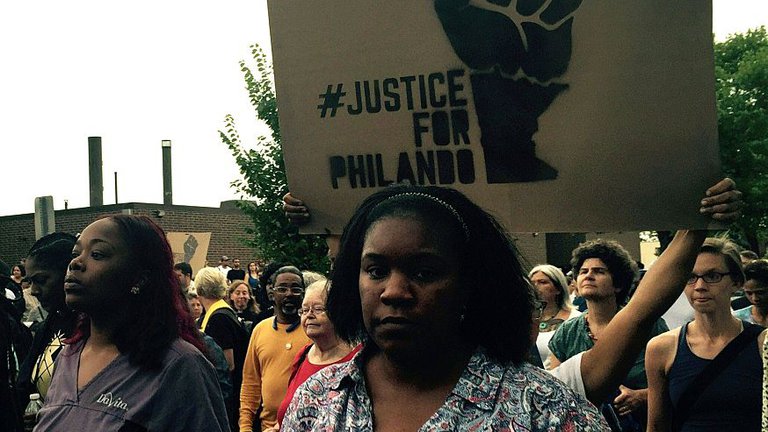 The Unites States remains unusually religious as a country, but the issue of American racism is inextricably and very problematically related to its theological past. Revd Professor Sarah Coakley FBA explores some of the uncomfortable truths about the historic power of Christianity in the US.

Hello, I'm Sarah Coakley and I'm a Fellow of the British Academy. I specialise in philosophy of religion and theology, and most recently, I've been a professor at the University of Cambridge. Since my early adulthood I've lived and worked with one foot in North America and the other in the United Kingdom, such that my offspring, now grown up, rather disparagingly describe themselves as "[English accent] half and [American accent] half." It's a challenging space to inhabit, both culturally and politically, and in this current time of pandemic and disturbing social unrest, the more so. I have, since the lockdown in March this year, been stuck perforce in the United States and watching, from my base on the outskirts of Washington DC, the unfolding of the disturbing agony and confusion of the American response to the entangled phenomena of viral sickness, death and racial division.

I want to talk to you today about something relating to racism and religion in America, that I probably could not have brought to consciousness until this crisis began. Even now my thoughts are not finished or complete; but the bottom line of what I want to propose is that the particular issue of racism in this unusually religious country of the United States is inextricably and very problematically related to its Christian theological past. And therefore that the category of sin, in all its richness, difficulty and ambiguity, cannot be bracketed out of the issue of American racism, even though most people, for obvious and entirely cogent, modern democratic reasons, would necessarily prefer to deal with it in other non-theological categories: rights, economics, social advantage, educational opportunities and so on. Moreover, and here's the other, perhaps equally unexpected, sub-thesis of my talk, which is nestled under this first point: there's also something odd and arguably connected to this problem of sin about the relation between racism and perception, in its widest philosophical sense, that needs attention in our current crisis about racial inequalities and the seeming cultural incapacity to see them for what they are.

In what follows, then, I shall take a stab at illustrating these two points and at noting their possible relation. If I am right, one minimal conclusion will be that the distinctive forms of American racism cannot be attended to, let alone ameliorated, without the aid of both a theological and a philosophical analysis of a quite demanding sort. In short, we academics in my own fields have some work to do here and urgently.

Let's start, then, with a couple of disturbing vignettes about violent police action in America to frame and illustrate these points. I'll begin with the problem of perception I have just alluded to. During the heights of the violent protests occasioned by the police shooting in August 2014 of an unarmed young black man, Michael Brown, in Ferguson, Missouri, a local black rapper calling himself Tef Poe, emerged not only as a vibrant and prophetic singer about the shootings, but as a canny spokesman and analyst of the underlying racial tensions. Interviewed on the Today programme on BBC in London some months later, he made the following arresting remark: "the American civil rights movement has failed", he announced with emphasis. "The question of civil rights does not even get to the deeper and more profound issue of racism, for that is a problem of seeing."

There are many things that Tef Poe might have meant by this remark, but the most obvious was to point to the seeming semiotic ambiguity of Michael Brown's last act, in having lifted his hands in the air in front of the white policemen who fatally shot him, but who himself interpreted this gesture aggressively. Hence the significance of the HandsUp United movement, of which Tef Poe is the co-founder. In other words, there was prima facie a failure under the conditions of what is now called systemic racism to "see" and understand, not only Michael Brown's immediate intentions, but also to "see" him as a citizen with certain intrinsic rights under the law. Since the witnesses to this death however, both black and white, later gave contradictory accounts and some, indeed changed their testimony in the course of the court investigation, the problem of seeing here was never fully resolved and indeed still remains highly contentious.

Now take another case which is, if possible, even more problematic and disturbing. That of another black American, Philando Castile, who was also shot dead by a policeman, this time one of Latino descent, in St Paul, Minnesota in July 2016, having been pulled over for showing a burnt-out tail light on his car.

Whereas Michael Brown was unarmed but had indeed just committed a minor felony when stopped by the policeman who shot him, Castile had an unblemished record as a citizen, despite having been stopped and searched apparently 49 times in his life before his final dénouement. But he did, however, also own a gun, having thus a legal license to carry. When asked by the policemen who pulled him over to show his driver's license he very politely, and one might think sensibly, explained that in order to get his driver's license out, he would need to put his hand in the same pocket which also contained his gun.

What followed was a confused verbal altercation, in which the policeman on the driver's side of the car was clearly panicking, whilst also seemingly giving conflicting instructions about what he was asking Castile to do. Within seconds, that policeman had drawn his own weapon and shot Castile seven times, right through the open car window, fatally wounding him in the heart. What makes this second case even more distressing than the first is that this all occurred right in front of Castile's girlfriend and her four-year-old daughter, also in the car. That girlfriend, Diamond Reynolds, had the presence of mind to turn on her cell phone the moment the car was pulled over, thus live streaming and recording the whole event on Facebook. In this case too, a police webcam also recorded the events, revealing a very telling remark made by the policeman who went on to shoot Castile, even before the patrol car had pulled him over. We hear that policeman say that he "doesn't like the look of that man's flat nose", and thus he's inclined to associate him with a robbery that has just been reported on the police radio.

Both the policemen in these cases were subsequently exonerated.

I come now to spell out, albeit most briefly, the suggestions I want to make about how both theological and philosophical issues of import are entangled in these distressing stories of seemingly mandated police violence in America. First, I propose a theological point, which takes a bit of unpacking. When confronted with the inability of an essentially enlightenment civil rights discourse of democracy to explain the pervasive hold of hidden, systemic racism in American life today, that same liberal discourse now reaches, in some desperation, for the rather murky notion of implicit bias. A condition of supposedly unconscious motivation, which various leading departments of psychology, not least that at Harvard, have made it their task of late to expose and chart.

Here, we might say, is a central paradox of western modernity writ large. The tug to autonomy, reason and rights is conjoined with an admission of dark, undercover motivations. Thus Kant meets Freud, with some bemusing results. The theoretic basis of these psychological exposures of unconscious racial prejudice remain, at least for now, highly contentious.

Much less controversial, from a theological perspective, might be a re-examination of the explanatory power of the doctrine of original sin, itself an infective and subterranean state, according to the Augustinian paradigm and leading notoriously, in the famous narrative of the fall in Genesis chapter three, to the hostile blame of others: the woman, the serpent. When what is really at stake, according to the same classic biblical narrative, is the shame and self-deception involved in one's own sin against God, a shame which, in this text, is associated most interestingly with a distinct perceptual change for the worse: for they saw, that is, in shame, that they were naked. Is not racism then, at base, a sin problem or rather a sin-cum-perception problem? A problem rooted in this deeply occluded shame and other-blame nexus?

The paradox associated with the appeal to the theological here, of course, is that its pervasive impact on American culture and history has been and still is appallingly two-sided. The story of the fall may both be used to re-identify and expose the other-blaming capacity of the empowered over the disempowered or, alternatively, to justify it. The history of white American Christianity is, after all, replete with biblical mandates for a racist system and, as taught at the end of the 19th century with great seriousness, with an influential post-Darwinian interpretation of the fall that actually identified the serpent in Genesis three with "the Negro", so-called, half-beast, half-man, the famous missing link.

In short, the history of America's stories of sin is laden with racist theological presumptions, which themselves urgently need further excavation and exposure, in order to give greater texture and content to any unconscious bias theory. Whilst the two tragic police cases I have discussed today present, as I've already indicated, rather different challenges of evidence and testimony, what conjoins them, from the point of view of philosophical analysis is a cluster of intensely interesting epistemological issues about perception and testimony now to the forefront of analytic philosophical exploration: questions about the possible cognitive penetration of ocular perception by culturally learned prejudices; questions, therefore about the rationality or otherwise of perception itself. Questions of so-called testimonial or hermeneutical injustice, whereby the very capacity to deliver testimony to the truth is undermined by issues of power imbalance and self-alienation. Contemporary philosophy has an enormous amount to contribute to what may be an underlying theological issue about racism and sin.

Let me now sum up. I judge that there will be no fulsome theoretical solution to the systemic racism problem in the United States, without the astute and intensified application of theological and philosophical tools to it, alongside, of course, those of the much more expected historical, economic, sociological and legal perspectives. Whereas the law cannot deal with the category of sin as such, a culture may be imbued with religious narratives so pervasive, that either it can deal with the ambiguity and richness they bequeath, or it can continue to reduce and rationalise the story into an aetiology of blame.

The uncomfortable truth about the historic power of Christianity in the United States is that it has itself been the purveyor of the distinctive forms of American racism. But its profound theological resources also hold out reasons for hope, reconciliation and forgiveness. In such an extraordinarily religious country, endlessly bemusing for that reason to the European sociologist of religion, religion cannot be left out of the racism problem, either for ill or good.

Religion and the Body, Sarah Coakley.

"Three Words. 70 Cases. The Tragic History of ‘I Can’t Breathe." article in The New York Times.