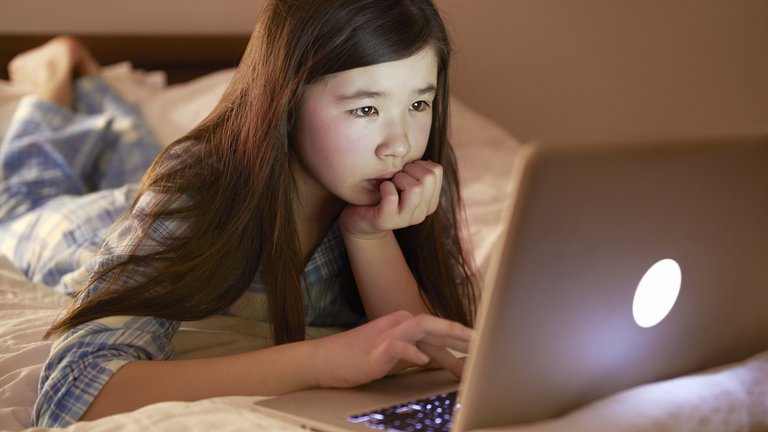 Hello. My name is Sonia Livingstone and I'm a Fellow of the British Academy, which is the UK's voice for the humanities and the social sciences.

In the next 10 minutes, I'm going to talk to you about my research on parenting for a digital future. Imagine the year 2030 or 2040, when today's children are grown up. We worry about predictions of them having to do jobs which are not yet invented, or perhaps the robots will take all the jobs.

Because we can't know the future, our minds fill with science fiction images, often technological, often dystopian. So how do you prepare your child for that?

In my research, I've been interviewing parents from all walks of life and asking them to imagine the world when their child is grown up and also to think back to the world in which they themselves grew up. When parents opened the door to me to be interviewed, I found them bursting with questions, often about technology. What's good or bad? What should they be doing? What would make them a good enough parent?

Today, I want to make several points. First, I want to argue that today's obsession with measuring screen time is misguided. A lot of the advice that has been given to parents from government, from doctors, from health visitors, is wrong. It’s based on outdated social science and this advice undermines parents. Supposedly, they are told, everything wrong with kids today is down to their screen time addiction. From their loss of concentration, or their rising anxieties, their self-esteem, their obesity, their rudeness, you name it. And that means that everything that parents should be focusing on is about how their children use their technologies, or perhaps how they themselves as parents use those technologies. But actually, when it comes to the social science, the experts are in disagreement. They no longer all line up behind that view that screen time itself is the problem and that the more time children spend using one technology or another, proportionately the more their child will have problems then or in later life.

What everyone knows and what social science has said for a long time, is that what really matters for children is that they engage with their parents, that they interact, that they talk, that they play, that they engage with their siblings and with their friends. That they have time to go outside, that they sleep well, eat well, enjoy their school. All of these things we know and all of these are the things that we should really be concentrating on. But somehow, because often those things are now done with a screen, we engage with family together with the screen, we engage with friends together with the screen, the screen has become focal. It's become the focus of many anxieties. And as a result, parents are being told somehow to police their children; to monitor them, to ban certain kinds of digital activities, even to spy on their activities using technology and to punish some of the things that they're doing. "You've been on that too long I'm going to take that away from you", "you have to stop doing that", "you're not allowed to do this or that".

This advice treats all screen activities as if they're the same and it treats all parents and all children as if they are the same. In my survey of UK parents, I found that conflicts about screen time were causing more problems between parents and children than almost any other of the issues that parents have to address. The very advice itself has become a cause of conflict in family life.

That brings me to my next point. When we look back at our own childhoods and forward to our children's childhoods – spot the difference. What do we see? We see the technologies. The technologies are the most salient thing that we often notice in our children's hands, or in front of our children's faces by comparison with the way in which we were brought up as adults. So technology has come to symbolise that difference, that process of social change, but many other kinds of social change have taken place from when parents today were children and the world in which their children are growing up, and we need to bring those back into focus.

Think of all the other things that have changed. The labour market is changing, the demographics and make-up of our society is changing, there are uncertainties about work, children are under increased educational pressures. We are living with new family structures, new patterns of migration, rising inequality, globalisation, consumerism. You can add to that list. But all of those changes, even though social sciences are tracking them and we know in reality that they are shaping our lives, we don't find them so easy to discuss and we don't find them very easy to control. We focus on the technologies, I suggest, because they are the part of our lives that we feel we should be able to control and because they're so salient. They mark that difference between then and now, so somehow we hope that if we check the clock, look at how long our child has spent on the screen, then they'll be fine and that that is sufficient for our parenting activities.

The interviews that I did with parents led me not be so pessimistic about the way in which they are approaching their family life and their role. Even though they often feel guilty about screen time rules and anxious about technology, they are in many ways trying to do their best. They're trying to do their best according to their own values, which makes their approaches very diverse, very difficult to say "this is what all parents do". They're often doing their best with technology. They recognise that this is the digital age, this is a technological age, and they've got to find ways to accommodate it. Somehow those things all come together; the prominence of the technology and all the other currents and big changes that are shaping our lives. Somehow, in the way which we talk as a family, of the way we talk to parents, we have come to see the technology as that terrain on which we negotiate all the many changes in our lives. I really want to suggest and I've learned to hear that, when families are arguing about "should they watch this or that?", "how long have they been on this?", "why are they on the technology instead of outside doing something else?", we're not just talking about technology. We're talking about all those other things. Whether that childhood I remember is something I can reproduce for my child. Whether the hopes I have for their educational achievement or the kind of person they're going to become. Whether those are things that I can guide my child towards.

The technology has become the terrain, the language, the focus. But we're talking about lots of other things at the same time and we're doing that within a changed family structure.

When I asked parents to look back to their childhood, often they told me about authoritarian fathers, about rules that were laid down: "you'll do what you're told because I said so", "I dictate what happens in this house – you're just the child". But what those same parents know now is that they are trying to parent in a different age, in a more democratic concept of the family. So they know that they must, and they want to, listen to their children, to give their children some space for their views, to negotiate together, even though I know those negotiations can sometimes feel interminable.

Parents and children are living together in a new model of family which they’re differently trying to manage, and not just dictate. All that advice about how parents should police their children goes against that model of the family that in a more fundamental way parents and children are trying to enact together. Research supports parents in this new role. Research shows that when parents just restrict, lay down the law, ban this activity or tell children they've been on for too long, the result is conflict or evasion from the child. The child fails to have the opportunity to express themselves and learn some of the skills, including the digital skills, that they really need in this digital age. Similarly, research shows that when parents are more enabling; when they encourage their children; when they offer guidance about different kinds of content, different kinds of activities; when they negotiate and listen to their child or share their values; all of those kinds of activities which many parents, my research shows, are doing, all of those activities build children's confidence, build their digital skills, build their resilience to cope with some of the difficulties they may find online and offer a more productive way in which they can engage within the family and within the digital world.

Parenting for a Digital Future: How Hopes and Fears about Technology Shape Children's Lives, Sonia Livingstone and Alicia Blum-Ross.

How children engage with the internet, TED talk by Sonia Livingstone.

Ditch The Label: dealing with mental health in the digital age, blog by Ditch the Label.