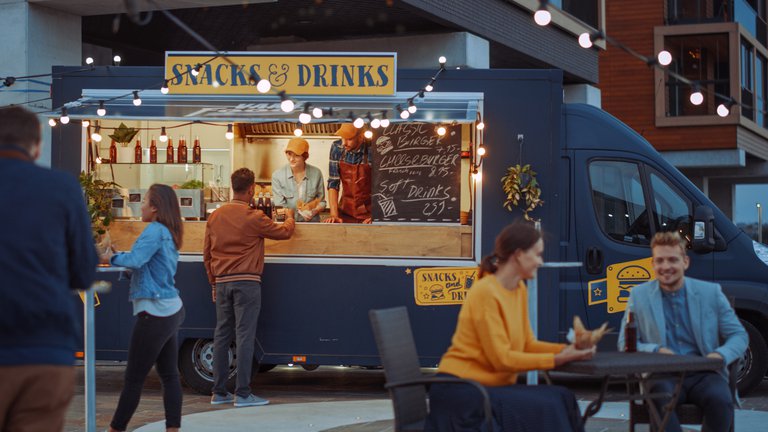 Professor Rajesh Chandy FBA discusses entrepreneurship and why it matters.

The Oxford English Dictionary defines an entrepreneur as “a person who sets up a business, taking on risks in the hope of profits.”

Now, if I use the word entrepreneur, if I say that word, who is the individual who comes immediately to mind? Who are some of these folks? I've asked this question many times, to many audiences and typically the answers I get are – perhaps this is what you were thinking – Bill Gates, Steve Jobs, Elon Musk and then a successful business owner from your own country, say Richard Branson, or someone of that ilk. Now, if I then ask you which countries have the highest rates of entrepreneurship, that is, which countries have the highest rates of people who are their own bosses, who are self-employed? The typical answer I get is the United States, maybe Israel, with its start-up nation credentials, Hong Kong, with the dynamic trade that happens within – rarely do people respond with the actual, correct answer.

It turns out, if you look at 2019 statistics on self-employment, ie people running their own businesses, the countries with the highest percentage of self-employed individuals are Burundi, Niger, Chad, Central African Republic, Guinea. Each of these countries has more than 90 per cent of its population engaged in self-employment. In contrast, in the OECD countries, a list of wealthy countries, the country with the lowest rate of self-employment / entrepreneurship is the United States. About six per cent of Americans are self-employed; in Hong Kong it's about eight per cent; Israel – "start-up nation" – 12 per cent. Contrast that with upwards of 80 per cent in many parts of the developing world. On a per capita basis, entrepreneurship is much higher in any bazaar, souq, village market in the developing world than in virtually any gathering or meetup in Silicon Valley.

But the reality is, entrepreneurship too often is synonymous with poverty. It is synonymous with having few opportunities. It is less likely to be about hope, or at least too often, it is about humiliation. It is about the daily frustrations of trying to eke out a living. Perhaps the individual who best encapsulates this reality of entrepreneurship is Mohamed Bouazizi, the Tunisian street vendor,  who was so frustrated by his inability to sell or make a living and the daily humiliations he faced trying to sell fruits and vegetables on the street, that he doused himself with petrol and set himself on fire. That was in 2010. And the effects of his action, many argue, are visible to this day and they led in a somewhat direct line to much of the tumult that came in the Arab world with the Arab Spring.

Even if the reality is not as desperate as some of those cases, such as with Mohamed Bouazizi,  it is the case that entrepreneurs, no matter where they are, but especially in the developing world, where most of the world's entrepreneurs live, face extraordinary constraints. They can they face constraints around the rule of law, for example; and having access to property rights, access to money; collateral to borrow; skills, basic business skills; or indeed the kind of human capital, as the economists call it, education; and the exposure that might allow them to fulfil their dreams more effectively, or to create businesses that can grow. Access to information – information about who the right customers are, where the competitors are, where technological and other possibilities exist, is unavailable to many of the world's entrepreneurs. I remember interviewing grocery store owners in a slum in Cairo and discovering that about a third in our sample of grocery store owners in Cairo had never been outside their own slum. If you asked these entrepreneurs "who are your customers?" they would look out and they would point to others on that street. "Who are your competitors?" – it would be that person and that person and that person, who's also selling a seemingly identical set of products and services – grocery stores.

So the reality of entrepreneurship is that it is too often filled with constraints. Again, this is not unique to the developing world. The management theorist Peter Drucker pointed out, entrepreneurship is risky because few entrepreneurs know what they are doing. The good news, however, is that the winds of change are blowing. In many cases, these winds of change are driven by technology, and indeed by entrepreneurs and innovators. This is offering many new possibilities. In just about a week, I’ll be starting a new course at London Business School with some colleagues where our students, MBA students at London Business School, will be consulting with entrepreneurs in very distant parts of the world, in Rwanda and Uganda and Nigeria and elsewhere, learning about the opportunities and the constraints they face, and in the process, hopefully communicating ideas in both directions.

This would not have been possible just a few years ago. You can get on a software programme that connects you instantly and generally, without too much trouble, to an entrepreneur or an individual far away. To be able to connect with, learn from and help each other in this task of entrepreneurship is a possibility that did not exist just a few years ago. Later this month, I’ll be doing a roundtable involving several others: large corporations; large businesses; large government entities; as well as several villagers from rural India, who will tell us about the reality of how the pandemic is affecting their lives and the constraints and challenges they face and indeed, the opportunities. Mobile money is making things possible – in fact, the ability to access funds from the famous three Fs: friends, family and fools – you could do so at the touch of a button these days, whether you live in Kenya or Rwanda or many other parts of the world.

So as we think about entrepreneurship, we have to recognise the differences between those very few who are able to harness these winds of change and most of us, who would be far better off as employees than as entrepreneurs.

We have to salute those who are able to create jobs – they are rare. They live through these very same winds of change as we do, but they're able to harness them far better than we are. We should salute those who create the environment that allows the entrepreneurs to flourish. The innovators, the mentors, the rule creators, the role models, the financiers, the teachers. We should be grateful for the jobs we have and the opportunity we have individually, or collectively, to nudge our employers to build an enabling environment. Warren Buffett, the American financier, said many years ago, we can sit in the shade because someone else planted a tree a long time ago. We should salute the many who are fighting difficult odds to fulfil their dreams and lead lives of dignity. These are the invisible entrepreneurs, even though they number in the hundreds of millions. They're not as well known as Bill Gates or Richard Branson or Elon Musk or Steve Jobs, but their success matters. To them, to their community and to us all. Thank you.

"Beyond Covid-19: shaping the future", blog by Rajesh Chandy.

"How to fail successfully", blog by Rajesh Chandy.