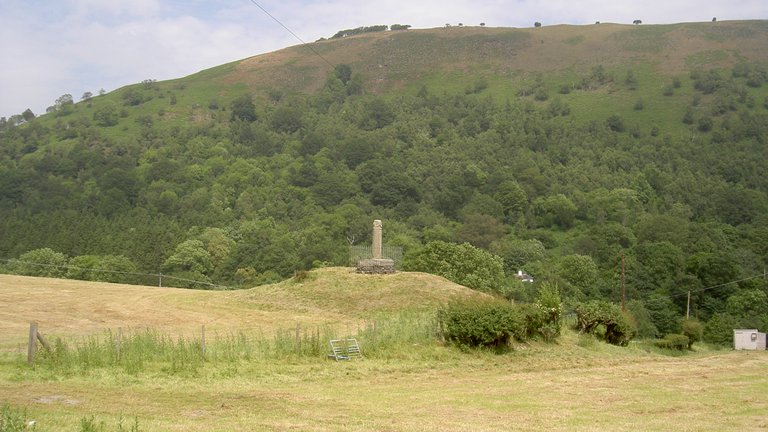 How did people live and how did their lives change between the end of the Roman period, around the turn of the fifth century AD, and the coming of the Normans to Wales, some 600 years later?

The evidence for this is not always easy to identify. Written sources are fairly scarce and the archaeological evidence is sometimes difficult to find. Nevertheless, the archaeological evidence is now growing, with the help of developer funded archaeology and increased use of scientific dating methods. We can begin to see, not just how the elite lived, but also farming communities and the houses that they lived in and the economy of animals and crops that they grew. We can also begin to compare early medieval Wales with other parts of Europe at this time. For example, we can see the effects of climate deterioration after the end of the Roman period and the likely effect of disease and a decline in population in the fifth and sixth centuries. We can also see the growth in the strength of Christianity at this time. Later on, we can see the increasing strength of the Anglo-Saxons in the east borderlands of Wales, with the construction of Offa’s Dyke at the end of the eighth century and in the west, from the ninth century onwards, the impact of the Vikings.

Today I want to concentrate on aspects of identity and how these were manipulated and how the past was used to create these identities. Some of my earlier research focused on the inscribed stones and stone sculpture of early medieval Wales. These monuments are particularly revealing in what they say about aspects of identity. I want to start with two monuments, large standing stones dated to around the end of the fifth or beginning of the sixth centuries AD, from southwest Wales – an area where there was Irish settlement around the end of the Roman period.

In this area of Wales, we can see that three different languages were being spoken: Irish, British (which later became Welsh), and Latin, which was inherited from the Roman past. We can see multiculturalism, for example, on the stone from St Dogmaels, which is written in two different alphabets: the Ogham alphabet, which is for writing primitive old Irish and the Latin alphabet, which gives the same inscription in Latin. What we can see here is that the stone commemorates – it was probably the gravestone of, Sagrani or Sagranus, son of Cunotamus. The inscription is bilingual. Sagranus was, in fact, an Irish name and Cunotamus a British name, indicating this mixture of identities.

More interesting and more complex, perhaps, is the stone from Penbryn. This, as you can see, is only written in Latin, but it has an added dimension. It commemorates Corbalengus. It says ‘Corbalengus (here) he lies, an Ordovician'. Now the name Corbalengus is an Irish name, indicating his Irish identity, but it's followed by iacit, the formula hic iacit, indicating that he was a Christian. This is a formula that came in from early medieval Europe in the latter part of the fifth century. Perhaps most interesting is the word Ordovs – he was an Ordovician. This indicates the manipulation of the past, because the Ordovices were a pre-Roman grouping of people in Wales, in central Wales and towards the north, in the pre-Roman period. What appears to be happening here is that this identity is being reworked and resurrected, in the post-Roman period, as part of a British identity. We can see the effect of this also in the position of the inscribed stone, because it's located on top of a cairn which has a Roman cremation in it dating to the first century AD. So this again indicates the reuse of an earlier Roman and possibly a prehistoric past.

My second example – we're moving on in time here to the first part of the ninth century – and this is the Pillar of Eliseg.

In fact, the Pillar of Eliseg was originally a cross and it's located, as you can see here, in north east Wales. It's in a strategic position in the valley that links the River Dee with the Vale of Clwyd, which you can see beyond the mountains in the north there. This monument demonstrates the significance of the regional identity of Powys, the kingdom of Powys, at the beginning of the ninth century.

The cross, as you can see, stands on top of a cairn. Now this cairn, I and colleagues excavated part of this cairn and what was found was a series of early Bronze Age cremations, dating back around four thousand years. The cross was placed on top of this cairn purposefully in order to demonstrate the link with the past. Because we know from early medieval poetry that in this period these prehistoric cairns and barrows were associated with heroic figures. So this is the first important link with the past. On this monument there was originally an inscription, a long Latin inscription. This is no longer legible, but was recorded in 1696 by the Welsh antiquary Edward Lhuyd.

The inscription can tell us a number of different things about the identity of Powys, the kingdom of Powys and its rulers, and how this identity was being manipulated in the first half of the ninth century. Firstly, the monument was erected by Concenn, the last early medieval ruler of Powys who died in 854, and it's in memory of his great-grandfather Eliseg. It records Eliseg's military successes against the English in the late eighth century, in the time of Offa. Then it asks for prayers for Eliseg’s soul. It's a document written in legal language and it's also a piece of royal propaganda, concerned with the identity of the early medieval kingdom of Powys. It traces the origins of that kingdom back to the Roman period, to the late Roman usurper Magnus Maximus, who died in 388 after having killed the rightful emperor, Gratian. It also makes a link with the post-Roman, shadowy leader Vortigern. Then the inscription asks for a blessing on Concenn and Powys, probably until the day of judgment. The language of the inscription suggests that it should be read out loud. And the general sense of the inscription, together with the placing of the monument, suggests that this was the royal inauguration site of the rulers of Powys. So what they're doing here is manipulating identity and recreating it in a time of stress.

Today we are very much concerned with multiculturalism and also looking back at our histories and reassessing them as a result of the more recent past. What I’ve tried to show here is how identities in the past, in early medieval Wales, were also equally complex and interlocking.

"Research Framework for the Archaeology of Wales", by Nancy Edwards, Tudur Davies and Katie A. Hemer.