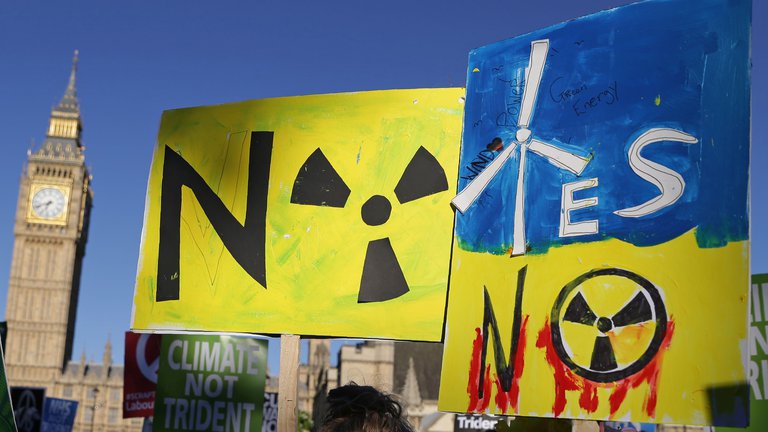 Professor David Livingstone FBA looks back in history, tracing links between earlier writings about climate and violence and contemporary thinking.

Hi, I'm David Livingstone and I'm a fellow of the British Academy. With a name like mine, it's perhaps not inappropriate that I'm a professor of geography. In fact, geography and intellectual history, at Queen's University Belfast.

I've been working for a while now on the history of ideas about climate and the theme I'd like to talk to you about today is climate and war. What I want to do is locate recent thinking about the relationship between climate change and violence in its broader historical context. Let's start with one or two recent newspaper headlines. A few years ago, readers of the Guardian were told on the authority of the Secretary of State for Energy and Climate Change that “climate change will lead to an increased threat of war, violence and military action against the UK and risks reversing the progress of civilisation”. A year or two later, Britain's Foreign Secretary informed the UN Security Council that “climate change went to the very heart of the security agenda”. In casting climate as a major player in the world's national security stage, these commentaries gave voice to refrain echoing its way through the new book lists. Here are a few titles: Climate Wars: The Fight for Survival as the World Overheats, Climate Change and Armed Conflict, A Climate of Conflict: The Links Between Climate Change, Peace and War, Climate Wars: What People Will Be Killed For in the 21st Century.

One writer recently put it something like this – for every degree that the average global temperature rises, so do the number of failed and failing states and very probably the incidence of internal and international war.

That looks to me very much like history, literally, by degree. Book-length pronouncements of this stripe are increasingly common, but they're only the tip of an iceberg attributing war to the vagaries of climate, as even the most cursory glance of the internet will show. Here's a mere sampling of online news headlines. “Climate is a major cause of conflict in Africa’, ‘Did climate change spark the war in Syria?’, ‘Climate is major violence trigger”. In scenarios like these, the tragic history of humanity's future is reduced to the whims of the weather. Global warming brings war, famine, death. Climate, it seems, is co-writing the script with Malthus and Hobbes. High temperatures and extreme weather events mean that countless millions live a life that's nasty, brutish and short. The direction of the tracks along which climate is propelling homosapiens is pretty obvious and it's pretty grim.

Now let me be clear – climate change is indeed a real and present danger, and there's no doubt that it can be linked to violence and warfare, but simply reducing conflict to matters of climate has its hazards too. Whatever its explanatory power, climate reductionism carries with it a heavy moral price tag. A historical illustration: in the aftermath of the American Civil War, a number of writers blamed the climate for the calamity. Let me briefly focus on just one. John William Draper, President of New York University and a professor of chemistry. He published his three-volume history of the American Civil War in, I think it was 1867. He brought a scientist’s eye to the task. Right up front, he announced the great truth that societies advanced in a preordained and inevitable course guided by uncontrollable causes. Chief among these uncontrollable causes was the climate. It was climate that had divided the American nation into what he called “the free” and “the slave powers”. It was climate that made a north and a south. It was climate that cultivated the different political instincts of each culture. He summarised it in a kind of formula – a sort of climatic syllogism and it went something like this. “Climate tendencies facilitate the abolition of slavery in a cold country but opposed it in one that is warm”. Now it's not difficult to discern the appeal of climatic determinism. It delivered explanatory simplicity, political self-justification, and ethical absolution. But the sense of predestination, inevitability and humanity's following the dictates of climate brought with it a sense of moral relief. As he put it and let me quote again, “when we appreciate how much the actions of men are determined by climate and other natural circumstances, our animosities lose much of their asperity and the return of kind feelings is hastened”.

Climate's irresistible influence had the effect of freeing political history from the burdens of moral accountability. Naturalising the Civil War was a key means of fostering, in the post-bellum era, what Draper called more enlightened and more benevolent views of each other's proceedings. By displaying to the world, you see, why climate had ghost-written different histories in north and south, Draper drew the sting from any moral recrimination. Indeed, and here I'm using the words of his biographer Donald Fleming, one might suppose that the chief convenience, and possibly the chief defect of the climatic view of history was to bypass ethical concerns altogether. Now, the impulse to reduce war to climate has resurfaced with renewed vigour in recent years, stimulated in part I think by the priorities of funding agencies and national governments. And it's this inclination that has led to what might be called the “securitisation of climate”.

Under the influence of political analysts and policy makers, the militarisation of the climate has preceded apace. Some years ago for example, the CNA produced a report by a military advisory board assessing the impact of global climate change on America's national security. Another Pentagon-orientated publication reported that increased temperatures would bring intra- and inter-state conflict over resources. In the light of this grim eschatology it concluded that the security repercussions of climate change constituted a greater foreign policy and national security challenge than reversing the decline in America's global standing or rebuilding the nation's armed forces. Not surprisingly, some advocates look back with admiration to those 19th century climate reductionists. As one of them told readers of foreign policy magazine – “we all must learn to think like Victorians. The geographical determinists must be seated at the same honoured table as liberal humanists.” This viewpoint of course isn't without its critics. Some researchers argue that attributing civil wars in Africa to increasing temperatures massively oversimplifies systems that are affected by many geopolitical and social factors. And they point out that unrelated geopolitical trends – say, for example, decolonisation or the legacy of the Cold War – tend to be ignored in climate reductionist agendas.

Others point out that seeing outbreaks of violence as merely the natural consequence of evolutionary adaptation encourages the thought that war can be readily naturalised and depoliticised, with local culture and social relations relegated to the side-lines.

Another group of researchers insisted that when analysts neglect the complex political calculus of governance, they reach conclusions that are little different from those ascribing poverty to latitudinal location or lessened individual productivity to hot climates, as was common in European and American scholarship about a century ago. Still, prognostications straightforwardly coupling human destiny to traumatic imperatives continue to abound. The payoffs, of course, are considerable.  For if war can simply be attributed to the state of nature, then humanity is well nigh absolved the responsibility of seeking humane solutions to the injustices and inequalities that climatic conditions so frequently expose.

Examining the role that climate plays in contributing to conflict is no pernicious enterprise but it becomes so when, to reapply the words of Hayden White, when it is used to justify escape from the burden of human freedom and its responsibilities. So, in coming to terms with the challenges of climate and climate change we might be better advised striving to whether the blame rather than simply seeking to blame the weather. Thank you.

"In a technological society, can religion survive? It already has", article about debate featuring David Livingstone.

The Empire of Climate, Radio 4 programme presented by David Livingstone.

"Leading From Between: How California and Germany Can Fix the Climate Agenda", article by David Livingstone and Varun Sivaram for Foreign Affairs.