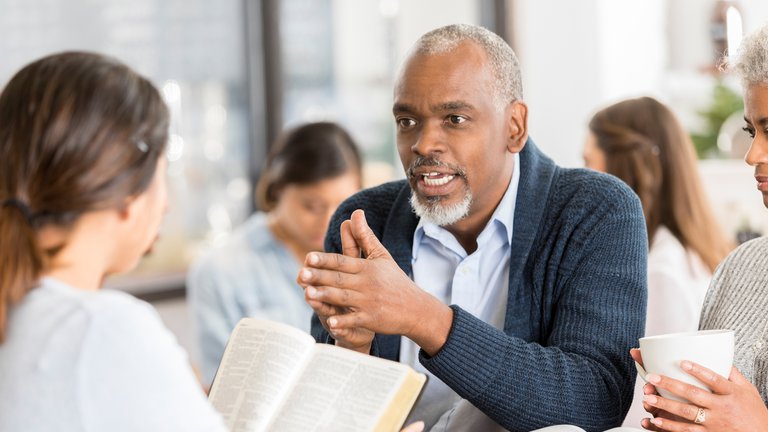 Professor David Fergusson FBA explains the growing interest in the study of atheism and the different forms this now takes.

My name is David Fergusson. I'm a Professor of Divinity at the University of Edinburgh and a Fellow of the British Academy, the UK's national academy for the humanities and the social sciences.

The subject of atheism is one that has come to greater prominence, both in the media and in the theological and religious studies syllabus. This is apparent in university courses and now in A level studies, where attention to alternative belief systems and world views is encouraged. This seems entirely right and probably overdue.

Numbers are hard to gauge, but according to the Oxford Handbook of Atheism, around seven per cent of the world's population can be considered atheist, in the sense of not believing in either God or gods. This global figure masks some stark regional differences, with some of the highest numbers reported in Europe, these reaching to a third or even a half in some countries. In the UK, a growing proportion of the population identify as belonging to no religion. The figure may now be above 50 per cent, though how many of this group can be characterised as 'atheist' is less clear.

No longer affiliating to a religious institution is not the same as not believing in God.

These numbers are significant, however, particularly by comparison with surveys and census findings from the middle to the latter part of the 20th century. Given the slanting of a younger generation towards no religion and atheism, it's likely that these numbers will continue to grow for the foreseeable future. Like religion, atheism can take many forms, but its most distinct appearance has recently come through the movement known as the New Atheism, usually dated from 2004 with the publication of Sam Harris's book, The End of Faith. Its leading exponents have included public intellectuals, in addition to Harris, the scientist, Richard Dawkins; the journalist, Christopher Hitchens; and the American philosopher, Daniel Dennett. Others, such as Polly Toynbee and Ian McEwan, have added their support.

While the movement tends to reactivate arguments against religion that were articulated in the 18th and 19th centuries, these have now been transposed into a different social context. The sceptical voices were often marginal and countercultural in the past. Atheism today has become more fashionable. People have been encouraged to come out and to proclaim their scepticism. The criticism of religion, for many a no-go area in the past, is now positively encouraged. Engaging social media, public debates and producing a stream of writings, the New Atheists have formed a popular movement that has resonated with many, particularly in the English-speaking world. Their work resonates with wider sociological trends that have been evident since the 1960s. Religious observance has become less a matter of obligation and more one of consumption. Nowadays, you opt into church life, rather than opt out of it.

Charles Taylor, in his book, A Secular Age, points out that, whereas in the 17th century, belief in God was the default position of everyone in our society, today it has become what he calls an embattled option. There are other possibilities available, of which atheism is obviously one, though sheer indifference may be even more prevalent.

Within the New Atheism, three broad forms of attack on religion can be discerned. These are directed at the rationality of religious belief, its source and explanation, and third, its social benefits. None of these criticisms is itself very new, but they're now presented in a combative style to a wide audience. With respect to the reasons for religious beliefs, much attention, perhaps too much, continues to surround the standard arguments for God's existence, particularly the 'first cause' and 'design' arguments. Richard Dawkins is particularly severe in this, regarding them as at best sophistical and at worst wholly lacking in any plausibility. With the emergence of Darwinian science, he suggests that the need for religious explanation has now ceased. Science and religion are thus presented as contestants in a battle with only one victor: you can have evolution or creation, but you can't have both.

If the case against the rationality of religious belief is so strong, why then does belief persist, with more than 80 per cent of the global population adhering to one or other of the world religions? Here we find, in the New Atheist literature, attempts at offering a complex Darwinian explanation, that invokes the cognitive science of religion to explain the persistence of religious faith.

Religion is an illusion that our ancestral origins have bequeathed us, perhaps as a result of a hyperactive agency detection device and the need to entertain useful myths in an environment that's sometimes hostile and unpredictable.

If religion then is an illusion, might it still be useful? Here, the New Atheist answer is a resounding negative.

The historical effects of religion are largely baleful and many of its present manifestations suggest that a more secular, pluralist and tolerant society will fare much better than one dominated by a faith tradition.

Together, this assembly of considerations forms a powerful assault on religious belief and its institutional expressions. Responses have, of course, been swift from the other side. The question of God, it is said, cannot be easily dismissed, even if no demonstrable proof is available. Why the world exists at all, why it displays such beauty and order, value and consciousness, these seem to be questions that lie beyond the domain of science. They take us into the territory of metaphysics and religion, even when no simple answer or uncontested position can be identified.

Reductive accounts of religion, in terms of Darwinian principles, may be no more successful than those that seek to explain artistic appreciation or our deeply held ethical sensibilities. They deserve careful attention and have a role to play, these explanations, but not as a totalising account of everything, so the counter-argument goes. Then there's the extensive social capital generated by faith communities, particularly at local level. Faith communities support, nurture and encourage people. They raise money and mobilise their adherents, often to good effect. This needs to be factored into any cost-benefit analysis.

In any case, we might wonder whether religion is merely about believing in God or the gods, adding one more belief to one's total stock. Faith is as much a way of negotiating life, of belonging to a community, of participating in rituals, of living well with others. Our beliefs may come and go, they may vary in terms of their degree of intensity, but the practice of faith can continue and persist across a lifetime.

New Atheism is now not quite so new. We'll soon be marking its 20th anniversary. How has the debate evolved since 2004?

What initially appeared as a clash between two diametrically opposed world views, encouraged by confrontational debate and social media exchanges, has now broadened into something more like a spectrum of positions. Other atheists have taken issue with the tenets of the New Atheism, claiming that there is a debate to be had between reasonable people whose convictions cannot easily be dismissed with knockdown arguments.

Those with faith-based convictions have argued in turn that there is common ground to be occupied, for example, in affirming the achievements of evolutionary biology, in recognising that there can be a partnership between science and religion and in advocating tolerance and mutual respect across ideological divides in our society. This middle ground can be occupied by people who otherwise disagree on religion.

The discussion also reveals the extent to which many of us, I think, have internalised these disagreements. The dividing line between belief and unbelief sometimes runs through each of us. Atheists have written books about Jesus, who continues to be a compelling figure for them. Christians have recognised that they have revised earlier assumptions, about the age of the world, the emergence of life, the historical record of the church, the witness of other faith traditions and the infallibility of their own sacred texts. These shifts in perception expose a mobility of theological ideas across time, though we may sometimes seek to conceal this.

The former Chief Rabbi, Jonathan Sacks, died last year. His book on The Great Partnership celebrates the ways in which religion and science can coexist and induce mutual respect. Jonathan Sacks also once asked the whimsical question, "why did God create atheists?" His answer was largely directed at people of faith. "Atheists," he said, "save us from believing too much in the wrong things". It's a salutary comment. Religion doesn't get everything right. Much of what was affirmed in the past has had to be discarded, revised, adapted and reinterpreted, even in patient conversation and respect for earlier traditions. In its own way, faith, too, must evolve and the conversation with atheism has much to contribute to this process. It should be allowed to flourish, with neither insult nor contempt.

Faith and Its Critics, David Fergusson.

"Secular Scotland: Losing our religion?" article in The Herald.

The Providence of God, David Fergusson.

Lead image: Businessman meets with colleague in coffee shop and directs conversation with her over the table. © SDI Productions via Getty Images.