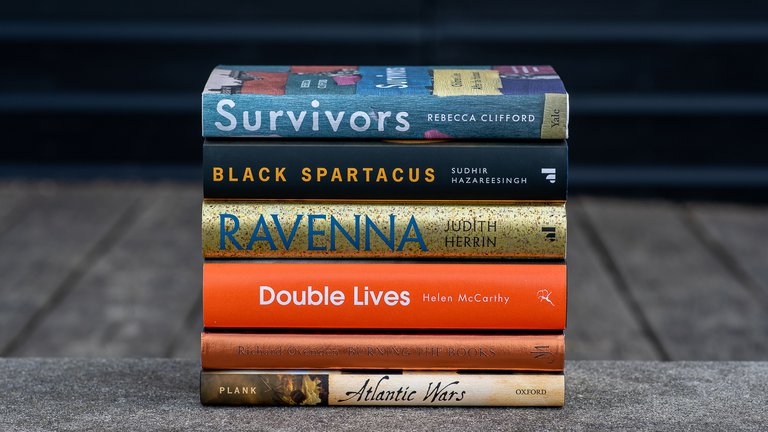 A Fellow of the British Academy and three former British Academy research grant-holders have been shortlisted for the Wolfson History Prize 2021, the most valuable non-fiction writing prize in the UK.

Dr Sudhir Hazareesingh FBA, a Fellow in the Modern History and Political Studies Sections, is shortlisted for the prize for his book Black Spartacus: The Epic Life of Toussaint Louverture. The judges described the book as an “erudite and elegant biography of a courageous leader which tells a gripping story with a message that resonates strongly in our own time”.

The winner of the Wolfson History Prize 2021 will be announced on Wednesday 9 June 2021 in a virtual ceremony and will be awarded £40,000, with each of the shortlisted authors receiving £4,000.

Professor Sir David Cannadine, Chair of the judges and President of the British Academy, said:

“This year’s shortlist shows us that, despite the unprecedented challenges of the past year, the diversity and quality of history writing in the UK continues to endure. As judges we were absorbed and impressed by these six books and the commitment of their authors to uncover some of the lesser-known narratives of the past. It is with great enthusiasm that we announce the shortlist for 2021.”

The Wolfson History Prize is run and awarded by the Wolfson Foundation, an independent charity that awards grants in the fields of science, health, heritage, humanities & the arts. The prize was awarded in 2020 to Professor David Abulafia FBA for his global history of humankind told through our relationship with world’s oceans, The Boundless Sea: A Human History of the Oceans. The British Academy hosted a virtual Wolfson History Prize event with Professor Rana Mitter FBA and David Abulafia in July last year.

The British Academy responds to the Fiscal Statement