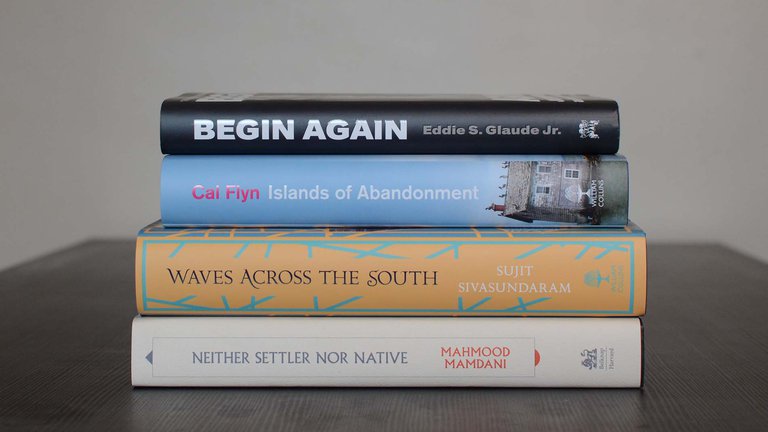 The £25,000 prize was established to recognise and celebrate books that contribute to public understanding of world cultures, to illuminate the interconnections and divisions that shape cultural identity worldwide, and to foster increased positive inter-cultural relations.

To mark the 10th year of the Prize, the British Academy is planning a range of activities throughout the year. This will include talks around the global themes of the Prize, as part of the Academy’s annual Summer Showcase in Central London, featuring previous winning and shortlisted writers, and jurors from the past 10 years. Also planned are events to facilitate conversations between key representatives from publishing and academia, and the publication of new writing drawing from those who have been involved in the Prize over the last 10 years.

Chair of the Jury Professor Patrick Wright FBA, Emeritus Professor of Literature and History at King’s College, London comments: “In the relatively short history of the Prize, the British Academy has rewarded some fascinating books, each one telling us something new about the world and the way that our cultures interconnect. In this 10th year, we are looking forward to reconnecting with the exceptional scholars and talented writers that the Prize has rewarded, and also reading and discussing the latest books that enable us to better understand the complexities of the world in which we live.”

Patrick Wright will be joined for a second year by a distinguished jury, all experts in their fields. Professor Madawi Al-Rasheed FBA, Visiting Professor at the Middle East Centre at the London School of Economics; Professor Catherine Hall FBA, Professor Emerita of Modern British Social and Cultural History and Chair of the Centre for the Study of British Slave-ownership, Department of History, University College London; Fatima Manji, award-winning Channel 4 News broadcaster and journalist; Philippe Sands QC FRSL, lawyer, academic and writer, University College London & Matrix Chambers. He is President of English PEN.

The judges are seeking books that demonstrate rigorous original and high-quality research, and are accessible and engaging to read. They will select a shortlist of up to six books to be announced in September, and the winner will be announced in October.

Professor Julia Black, President of the British Academy, adds: “The British Academy is the national academy for the humanities and social sciences and our Book Prize is a wonderful way of recognising exceptional works of non-fiction in these disciplines. We are honoured to be collaborating with such a distinguished jury for a second year to find, read and debate those books that the Prize seeks to reward, and to be celebrating in this milestone year.”

Submissions are open from today, Monday 31 January. The deadline for submissions is 31 March 2022.

The British Academy Book Prize was awarded in 2021 to Sujit Sivasundaram for Waves Across the South: A New History of Revolution and Empire. He will be in conversation with Patrick Wright in a free online event, hosted by the British Academy on Tuesday 1 February.

Find out more about the British Academy Book Prize for Global Cultural Understanding 2022.