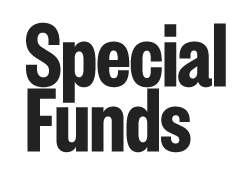 Please note: Awards are arranged alphabetically by surname of the grant recipient. The institution is that given at the time of application. The awards listed are those for the 2021-22 round of Small Research Grants.

The Diplomacy of Forced Migration

Building a comprehensive database on conflict: Investigating demographic causes and consequences of conflict in Africa

Understanding how to Understand Play: Expertise, Play, and the Production of Knowledge in Gaming

Understanding risk in unregulated markets: the case of men who purchase sex

Assessing the impact of COVID on the social networks, supports, and wellbeing of people convicted of sexual offences and their families

Investigating the Investigations: a study of the official reports and commentaries on Britain’s interracial portside communities during the interwar years

Thessalian coins in context: The Hellenistic coinage of Demetrias and the Magnesian Koinon

Mother Church as Museum: Interpreting Iconoclasm in Medieval Sculptural Fragment Collections in Storage and on Display

Equity in Freelancing: An Intersectional Analysis of Discrimination in Online Labour Markets

Channelling Identities. Borders, Belonging and the Idea of a Channel Tunnel in France and Britain, 1802-1994

Recovery Position? Narratives of community-led recovery from the COVID 19 pandemic: The case of the East Midlands

To what extent are EU copyright law’s limits truly harmonised? An empirical analysis of the Member States’ case law

Cleaning Through Crisis: Political Upheaval and the Advertising of Domestic Hygiene, 1963-2023

The Sexual Politics of the Psychedelic Renaissance

Perception and rationality: On physiological foundations of economic decision-making

When the joke misfires: Dealing with offensive humour in online interaction

Bargaining and Reputation: Red Lines and Commitment Strategies in Negotiations

Understanding the 2022 state elections in eastern UP (Uttar Pradesh), India

Legal Transplants and Policy Transfers: Legislating for Organ Donation in a Devolved UK

Civic London 1558-1642: discovering the dramatic records of the City of London livery companies

The outbreak of the 'First Pandemic': Yersinia pestis in Europe before the Justinianic Plague?

Forgery and the Development of Bibliography

The socio-politics of digital money: examining the motives for and potential consequences of the shift towards cryptocurrencies

Understanding the Drivers of Service Rule Enforcement by Front-line Employees

Say Their Names: The Murals of Black Lives Matter

Uncertainty Paradox: Why You Should (Not) Lie about COVID-19 statistics

The impact of furlough scheme on level four workers (professionals)

Irregular Migration and the Governance of Mental Health: A study of camp-based communities on the Spanish Islands of Gran Canarias

Redefining social categorisation as a form of latent structure learning

Bragging is a double-edged sword? The effects of social media bragging on interpersonal impressions at workplace

Hereditary Politics: The Role of Gender and Kinship in Voters’ Evaluations of Political Candidates

Effects of natural and urban environments on human stress and function

Handling Barbie: The Effects of Haptic Experience of Bodies on Body Perception

Dear Seller: Homebuying and The Intimate Geographies of Wealth Accumulation in the United States

'Madness’ after extreme events – co-produced understanding of mental distress in the context of political conflict, natural disasters, and global pandemic in Bosnia and Herzegovina

Recollections May Vary: How Does Sleep Affect False Memory?

Minoritisation, Community, and Attitudes toward Immunization: A Survey Experiment in Pakistan

The Lit Pack: The Making and Legacy of a Literary Generation

Fulfilling the state obligation to investigate, prosecute and punish international crimes through alternatives to prison sentences - lessons from Colombia

Beyond the dyad: Task co-representation of multiple co-actors

Invisible Economies: Landscape Histories on the island of Samos

Locked down and locked out? The impacts of the COVID-19 pandemic on mothers working in UK television

Investigating informal learning and development of healthcare professionals under macro-turbulence

Politics/Language: The Language of Politics and the Politics of Language

Comparative Police Racisms: Race, Knowledge, and the Politics of Recognition

Gender and the Future Soldier

Reputation Management in the Real World

Individual differences in students’ responses to their parents’ motivational messages

Historians on the Medieval Robin Hood

Innovation Across Boundaries: Implementing Design Thinking Practices in Innovation Ecosystems and Policy Making in Germany and the United Kingdom

All hands on deck? Organisational hybridity and the voluntary response to critical shortages of PPE during the COVID-19 pandemic in England

Perceptions of Pseudepigraphy Across the Ancient Mediterranean World

Regulating Assisted Gestative Technologies: An investigation into future legislation in England and Wales

The Lives of Pietro Aretino: The Art of Scandal in the Italian Renaissance (revised)

Living through the pandemic in post-Brexit Britain: emotional damage and forms of resilience among middle-aged European citizens

The US-China 'tech war': A New Faultline in Global Politics

Secondary School Leadership in the Response to Climate Change

Understanding the geography of the green skill gap in the UK

Heritage speakers of Spanish: the case of Latin American Londoners

Contributors to the international award gap: a comparative analysis of the capitals of both UK and China domiciled students

The Colonial Bishoprics Fund and the Birth of the Worldwide Anglican Communion: Legal Transplants, Networks and Constitutional Change in the British Empire

How Does Technology Travel?

Expanding Analysis of Music Streaming Services Beyond the West: An Ethnographic Analysis of Spotify and Anghami in the Middle East

Responding to news in Arabic and English natural conversation

Sustainable ICTs in the Digitised University

Intersections of Gender, Race and Class: The Impact of Colonial Legacies on Contemporary Food and Agricultural Policy in the Caribbean

The political discourses and practice of media freedom in the UK since 2016: Brexit, COVID-19 and National Politics

The CIA, Congress, and covert action: the politics of selective disclosure

The Literatures of Older Scotland Database

How did Trump’s trade war with China affect structural change in Vietnam?

Digital Holocaust Memory: Hyperconnective Museums and Archives of the Future

Seeking Charles Wotton: Before the Liverpool ‘Race Riots’ of 1919

Discrimination in healthcare settings and the nocebo effect

Antoine Tabet (1907-1964). A Modernist Architect across the Sykes-Picot Line

Jeju 4.3: Dark Tourism and the Refractions of Atrocity

Representing the Rights of Nature - Learning from the Mãori

Adults’ Decision-Making Regarding Teenagers’ Culpability in a Forensic Context