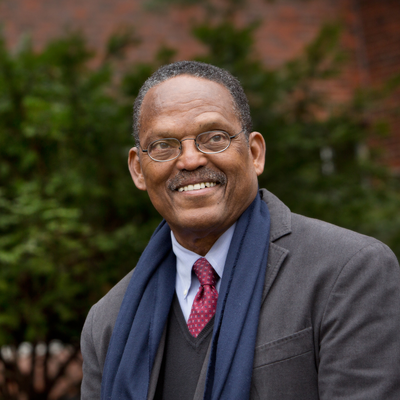 William Julius Wilson is Geyser University Professor at Harvard. A recipient of the 1998 National Medal of Science, the highest scientific honor bestowed in the United States, Wilson was A MacArthur Prize Fellow from 1987 to 1992, past President of the American Sociological Association, and has been elected to the National Academy of Sciences, the American Academy of Arts and Sciences, the American Philosophical Society, the Institute of Medicine, the National Academy of Education, and the British Academy. He was awarded the Talcott Parsons Prize in the Social Sciences by the American Academy of Arts and Sciences in 2003, and received the Career of Distinguished Scholarship Award by the American Sociological Association in 2014, which is the Association's highest honor. His many publications include three award-winning books - The Declining Significance of Race (1978, 1980, 2012), The Truly Disadvantaged (1987, 2012), and When Work Disappears (1996). Professor Wilson has been a member of numerous national boards and commissions, and was previously the Chair of the Board of The Center for Advanced Study in the Behavioral Sciences and of the Russell Sage Foundation, and a member of the President Clinton's Commission on White House Fellowships from 1994 to 2001.

The Declining Significance of Race: Blacks and Changing American Institutions 1978, 1980, 2012

The Truly Disadvantaged: The Inner City, the Underclass, and Public Policy 1987, 2012

When Work Disappears: The World of the New Urban Poor 1996

The Bridge Over the Racial Divide: Rising Inequality and Coalition Politics 1999

More than Just Race: Being Black and Poor in the Inner City 2009

There Goes the Neighborhood: Racial, Ethnic, and Class Tensions in Four Chicago Neighborhoods and Their Meaning for America 2006 (co-author)