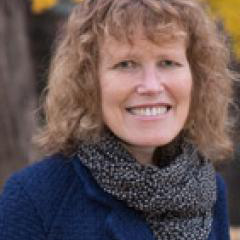 Rachel Bowlby's work is focussed on two main areas: literary realism, and the history and theory of shopping; these interests have been linked since her first book, Just Looking: Consumer Culture in Dreiser, Gissing and Zola (1985). Other books include Shopping with Freud (1993), Carried Away: The Invention of Modern Shopping (2000) and Everyday Stories (2016). She has also written on changing forms of parenthood (A Child of One's Own, 2013) and on Virginia Woolf (Feminist Destinations, 1998 and 1997). All her work is informed by psychoanalytic and deconstructive thinking (e.g. Still Crazy After All These Years: Women, Writing and Psychoanalysis, 1992). Also, she has translated several books by contemporary French philosophers, including Derrida.

University of York Professor of English

University of Oxford Fellow and Professor of English

Still Crazy After All These Years: Women, Writing and Psychoanalysis 1992, 2009

Carried Away: The Invention of Modern Shopping 2000