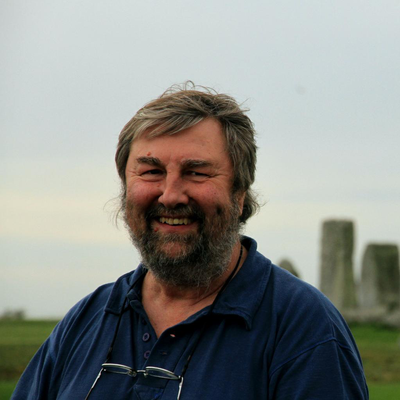 Mike Parker Pearson is Professor of British Later Prehistory at the Institute of Archaeology, University College London. He has worked on archaeological sites around the world in Denmark, Germany, Greece, Syria, the United States, Madagascar, Easter Island (Rapa Nui) and the Outer Hebrides. In 2010 he was voted the UK's The Archaeologist of the Year. His recent research focus has been Stonehenge where he and his team have discovered a new henge and a settlement where Stonehenge's builders may have lived, as well as two of the quarries for Stonehenge's stones in west Wales, over 140 miles away. He has directed a major project in the Outer Hebrides of Scotland, including the excavation of a Bronze Age settlement where he found the first evidence for mummification in prehistoric Britain. Mike is well known for his work on funerary archaeology and has written many books on this and other subjects. After gaining a BA in European Archaeology at Southampton University in 1979, he was awarded a PhD at Cambridge University in 1985. He worked as an Inspector of Ancient Monuments for English Heritage until 1990 and then as lecturer in the Department of Archaeology & Prehistory at Sheffield University.

From Machair to Mountains: archaeological survey and excavation in South Uist

Pastoralists, Warriors and Colonists: the archaeology of southern Madagascar

The Archaeology of Death and Burial