Professor of History, University of Sheffield 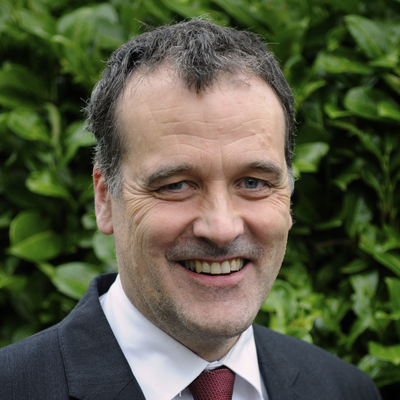 Michael Braddick is Professor of History at the University of Sheffield. He has published extensively on aspects of state formation, the English revolution and forms of popular politics, political engagement and agency in early modern England, Ireland and the British Atlantic. He is currently working on a project on the 20th-century British left and the English revolution, and on the politics of bread over the long run. He has held visiting scholarships at the Huntington Library, California, the Max Planck Institute for European Legal History in Frankfurt, the Institute for Advanced Study in Princeton, the École des hautes études en sciences sociales, Paris, and an ARC distinguished visiting fellowship at the University of Adelaide.

The University of Sheffield Professor of History, Faculty of Arts and Humanities

A Useful History of Britain: The Politics of Getting Things Done

The United Kingdom has not yet lasted as long as the Kingdom of Wessex, and may not do so. Conventional histories of Britain, though, tell the story of the origins of the UK as if that was the natural endpoint of political development on the island. This book sets out to do something else – to ask how people in the past used political power to get things done.

The Common Freedom of the People: John Lilburne and the English Revolution

Michael Braddick explores the extraordinary and dramatic life of "Freeborn John": how his experience of political activism sharpened and clarified his ideas, leading him to articulate bracingly radical views; and the changes in English society that made such a career possible. Without land, established profession, or public office, successive governments found him sufficiently alarming to be worth imprisoning, sending into exile, and putting on trial for his life. Above all, through his story, we can explore the life not just of John Lilburne, but of revolutionary England itself – and of ideas fundamental to the radical, democratic, libertarian, and constitutional traditions, both in Britain and the USA.

This masterly new history illuminates what it was like to live through a time of terrifying violence, religious fervour and radical politics. Michael Braddick describes how pamphleteers, armies, iconoclasts, witch-hunters, Levellers, protestors and petitioners were all mobilised in the chaos, as they fought over new ways to imagine their world.

This book examines the development of the English state during the long 17th century, emphasising the impersonal forces which shape the uses of political power, rather than the purposeful actions of individuals or groups. It is a study of state formation rather than of state building. The author's approach does not however rule out the possibility of discerning patterns in the development of the state, and a coherent account emerges which offers some alternative answers to relatively well-established questions.

One of the most notable currents in social, cultural and political historiography is the interrogation of the categories of "elite" and "popular" politics and their relationship to each other, as well as the exploration of why and how different sorts of people engaged with politics and behaved politically.

Suffering and Happiness in England 1550-1850: Narratives and Representations: A collection to honour Paul Slack

The book pays tribute to Paul Slack’s work as a historian, and engages with the rapidly growing body of work on the "history of emotions". The themes of suffering and happiness run through Paul Slack’s publications, the first being more prominent in his early work on plague and poverty, the second in his more recent work on conceptual frameworks for social thought and action. He himself has not written directly with the history of emotions, the editors of this volume have thought that assembling essays on these themes provides an opportunity and indeed an obligation to do that. The chapters explore in turn shifting discourses of happiness and suffering over time; the deployment of these discourses for particular purposes at specific moments; and their relationship to subjective experience.

The Oxford Handbook of the English Revolution

Edited by Michael Braddick - Published in 2015 by Oxford University Press

This Handbook brings together leading historians of the events surrounding the English revolution, exploring how the events of the revolution grew out of, and resonated, in the politics and interactions of the each of the Three Kingdoms - England, Scotland, and Ireland. It captures a shared British and Irish history, comparing the significance of events and outcomes across the Three Kingdoms. In doing so, the Handbook offers a broader context for the history of the Scottish Covenanters, the Irish Rising of 1641, and the government of Confederate Ireland, as well as the British and Irish perspective on the English civil wars, the English revolution, the Regicide, and Cromwellian period.

Addressing the dynamics of power in early modern societies, this book challenges the existing tendency to see past societies in terms of binary oppositions – such as male/female, rich/poor, rulers/ruled – in which the disadvantaged have influence only in moments of direct confrontation. Drawing on recent social theory, the essays offer a series of micro-sociologies of power in early modern society, ranging from the politics of age, gender and class to the politics of state-building in the post-Reformation confessional state.

This core textbook gathers an international team of historians to present a comprehensive account of the central themes in the histories of Britain, British America, and the British Caribbean seen in Atlantic perspective. This collection of individual essays provides an accessible overview of essential themes, such as the state, empire, migration, the economy, religion, race, class, gender, politics, and slavery.

The Politics of Gesture, Historical Perspectives, Past and Present Supplements, New Series, 4