British history in the 18th and 19th centuries, including material culture, gender, law and colonialism 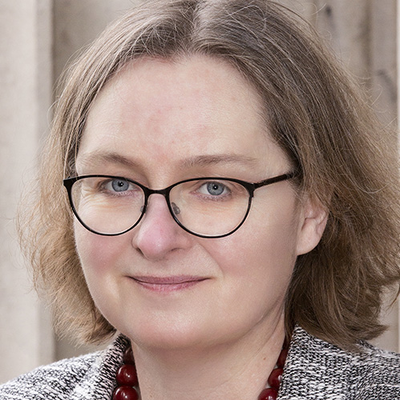 Margot Finn is Professor of Modern British History at UCL and President of the Royal Historical Society. Previously editor of the Journal of British Studies, she is a co-editor of Cambridge University Press’s Modern British Histories monograph series and serves on the Executive Board of UCL Press. Finn’s early publications focused on nineteenth-century British radical culture and politics in a broader European context. Her second major monograph explored the intersections of literary, legal, social and cultural developments in the history of debt and credit in eighteenth- and nineteenth-Britain, with particular attention to the histories of courts, prisons and women.  A collaborative project which she led, funded by the Leverhulme Trust and entitled ‘The East Company at Home’, examined English, Scottish and Welsh country houses as both global and imperial artefacts and national icons. Many of the outputs resulting from this project were co-produced with local and family historians, heritage professionals, archivists and curators.

Finn is now completing a monograph on the family and the East India Company, interrogating the ways in which demographic regimes were conducive to colonialism, the means by which property (including material objects) created and strengthened transnational kinship ties and the salience of racialized dynastic concepts in British imperial thinking. She takes an active interest in open access policy developments and their implications for Humanities and Social Science research.

University of Warwick Warwick Research Fellow and Reader in History

University of Warwick Warwick Research Fellow and Lecturer in History

Ed. by Margot Finn and Kate Smith - Published in 2018 by UCL Press

Ed. by Margot Finn and Kate Smith - Published in 2015 by Palgrave Pivot

Legitimacy and Illegitimacy in Nineteenth-Century Law, Literature and History

After Chartism: Class and Nation in English Radical Politics, 1848-1874