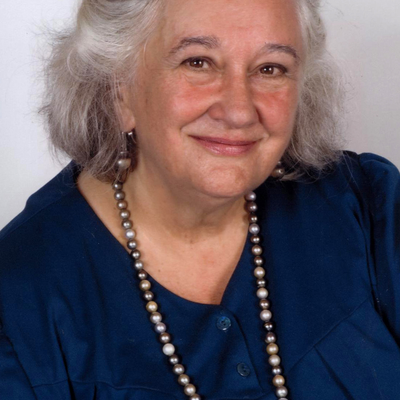 Margaret A. Boden OBE ScD FBA is Research Professor of Cognitive Science at the University of Sussex, where she helped develop the world's first academic programme in cognitive science. She holds degrees in medical sciences, philosophy, and psychology (including a Harvard PhD, Cambridge ScD, and three honorary doctorates), and integrates these disciplines with AI in her research. She is a past vice-president of the British Academy and past Chair of Council of the Royal Institution, and an elected Fellow of the Association for the Advancement of Artificial Intelligence (and of its British and European equivalents). Her work has been translated into twenty languages, and she has lectured widely, to specialist and general audiences, around the world. She was the subject of BBC Radio-4’s The Life Scientific in October 2014. Her recent books include The Creative Mind: Myths and Mechanisms (1990/2004); Mind as Machine: A History of Cognitive Science (2006); and Creativity and Art: Three Roads to Surprise (2010). (AI, Its Nature and Future is in press.) She has two children and four grandchildren, and lives in Brighton. Boden, M. A. (2016) AI, Its Nature and Future. Creativity and Art: Three Roads to Surprise (2010) Mind as Machine: A History of Cognitive Science (2006) The Creative Mind: Myths and Mechanisms (2nd edn., 2004) Piaget (2nd edn. 1994) Artificial Intelligence and Natural Man (2nd edn. 1987) Purposive Explanation in Psychology (1972).

School for Global studies, University of Sussex Professor of Philosophy and Psychology

School for Global studies, University of Sussex Lecturer, Reader in Philosophy and Psychology

University of Birmingham Lecturer in Philosophy

The Philosophy of Artificial Intelligence 1990

The Philosophy of Artificial Life 1996

Artificial Intelligence and the Mind: New Breakthroughs or Dead Ends? 1995

The creative mind: myths and mechanisms 1990

Mind as machine: A history of cognitive science 2006