The history and politics of the Middle East with special reference to Saudi Arabia and the Gulf, gender and state, religious transnational connections, Islamist movements. 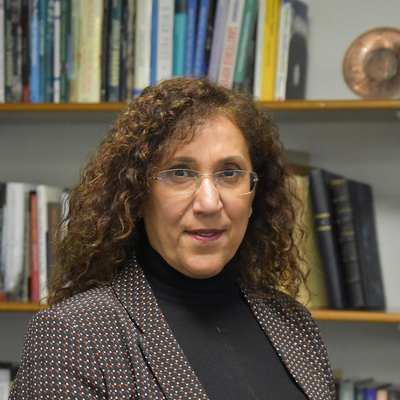 Professor Madawi Al-Rasheed brings the disciplines of history and social anthropology to the study of contemporary Saudi Arabia. Her research has explored the interplay between politics and social change, religion and gender in Saudi society, and its impact locally, regionally and internationally. Most recently, she has examined the often contradictory themes of reform and repression, as Saudi leadership seeks to promote itself on the world stage while consolidating its power domestically. Madawi Al-Rasheed is Visiting Professor at the Middle East Centre of the London School of Economics, and was previously Professor at Kings College London. A frequent participant in documentaries, debates and discussions on Saudi Arabia in both English and Arabic media, she also acts as an independent advisor to Government, Inter-Governmental and Non-Governmental Organisations.

The Son King: Reform and Repression in Saudi Arabia

Salman’s Legacy: the Dilemmas of a New Era in Saudi Arabia

Muted Modernists: The Struggle Over Divine Politics in Saudi Arabia

A Most Masculine State: gender, politics and religion in Saudi Arabia

A History of Saudi Arabia

Contesting the Saudi State: Islamic Voices from a New Generation