History of British art in the late 19th and 20th centuries, including the imagery of the suffrage campaign, early 20th-century British modernism, art education, and the London art world in the 1960s. 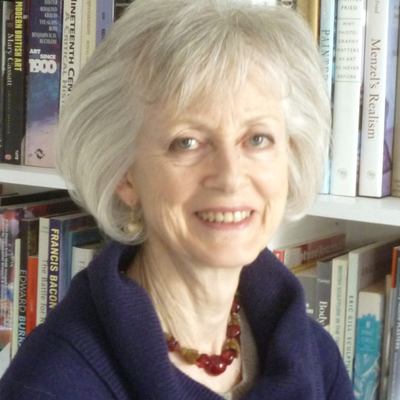 Lisa Tickner is Honorary Professor at the Courtauld Institute of Art, where she was Visiting Professor from 2007-2014, and Emeritus Professor of Art History at Middlesex University. She is a Trustee of the Art Fund (2010-) and a member of the publications committee of the Paul Mellon Centre for Studies in British Art (2004-10, 2012-). She has served on the Blue Plaques Panel of English Heritage (2007-15), on the Steering Committee for Tate's Leverhulme-funded research project, Art School Educated: Curriculum Change in UK Art Schools 1960-2010 (2008-14), on the Humanities Research Board (now the AHRC, 1994-97), on the British National Committee of the Comité International d’Histoire de l’Art (1993-2001), and on the Paul Mellon Advisory Council (1993-8). She gave the Paul Mellon Lectures at the National Gallery in London and at the Yale Center for British Art in 1996. Lisa Tickner has been a Visiting Fellow at the Yale Center for British Art (1990), Kreeger-Wolf Distinguished Visiting Professor at Northwestern University (1991), Visiting Fellow at the Sterling and Francine Clark Institute (2007), and Leverhulme Emeritus Fellow 2016-2018.

London’s New Scene: Art and Culture in the 1960s

'Mediating Generation: The Mother-Daughter Plot', in Women Artists at the Millennium

The Spectacle of Women: Imagery of the Suffrage Campaign

What is art history?

Professor Lisa Tickner FBA explains the development of art history as an academic discipline and the questions it asks of the world around us.