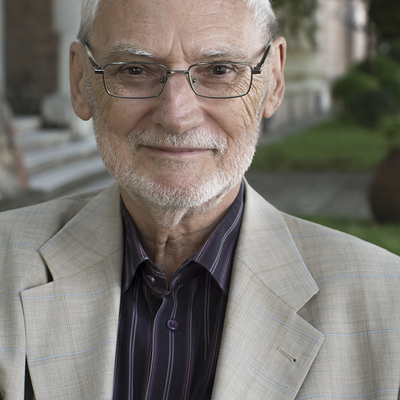 László Somfai (b. 1934, Hungary), retired Head of the Bartok Archives of the Institute for Musicology of the Hungarian Academy of Sciences (1972-2004); parallel to the research job since 1969 professor of musicology at the Ferenc Liszt Academy of Music (State University) in Budapest, director of the Ph.D. Program (1997-2007), currently professor emeritus. He studied musicology in Budapest in the F. Liszt Academy of Music, graduated in 1959; received the Doctor in Musicology degree from the Hungarian Academy of Sciences in 1982. Somfai is member of the Hungarian Academy of Sciences, corresponding member of the American Academy of Arts and Sciences (1997), corresponding member of the British Academy (1998); corresponding member of the American Musicological Society (1988); founder-president of the Magyar Zenetudományi és Zenekritikai Társaság [Hungarian Musicological Society] (1994-1998), president of the International Musicological Society between 1997-2002, etc. Somfai's researches focus on Haydn and Bartok and their time, with special stress on the complex investigation of primary sources in relation to the compositional process, the genre stratification, and the historically oriented performance. He published over 140 studies and twelve books; assisted facsimile editions, critical editions, and complete recordings.

“»Written between the desk and the piano«: dating Béla Bartók’s sketches” A Handbook to Twentieth-Century Musical Sketches Cambridge University Press, 2004

The Keyboard Sonatas of Joseph Haydn University of Chicago Press, 1995, 22010