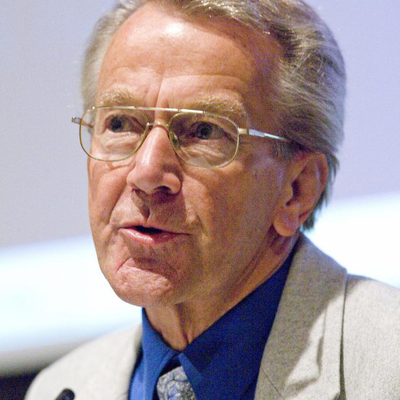 Kenneth F. Wallis was born in South Yorkshire in 1938. He was educated at the grammar school in Wath-on-Dearne, his home town, Manchester University (1956-61) and Stanford University (1963-65). His first degree in mathematics with statistics was followed by a master’s degree by research dissertation in the Department of Industrial Administration at UMIST. He was active in student affairs, and was elected to the Executive of the National Union of Students, serving as Assistant Secretary then Vice-President, 1961-63. There were no sabbatical student union positions in those days, neither locally nor nationally (except for the NUS President), and during this period he taught statistics in the Department of Management Studies of Regent Street Polytechnic (now the University of Westminster). He then obtained a scholarship to the PhD programme of the Graduate School of Business at Stanford University, also studying in the Department of Economics. His thesis supervisor was Marc Nerlove, a pioneer in the field now known as time series econometrics, and when Nerlove left Stanford for Yale in 1965 he arranged for Ken to move too to see his thesis to completion. Returning to the UK he joined the London School of Economics, staying there for ten years, moving to Warwick in 1977 after a year overseas. Developments in time series econometrics in this period, in which he participated, are well described by Christopher Gilbert in Oxford Economic Papers, 41 (1989), 108-128. He has published two textbooks, a volume of his collected papers with an extended introduction, and several edited volumes. His published journal articles span 50 years, from January 1966 Econometrica to December 2015 Journal of Applied Econometrics. He was elected a Fellow of the Econometric Society in 1975, and served as Co-Editor of Econometrica 1977-83 and as Programme Co-Chair for the Society’s 7th World Congress held in Tokyo in 1995. He was awarded an Honorary Doctorate by Groningen University in 1999.

University of Warwick Professor of Econometrics

London School of Economics Lecturer, Reader in Statistics with special reference to Econometrics