Philosophy, especially of self, consciousness, attention, the epistemology of inquiry, the idea of philosophy as a practice; Indian philosophical traditions; the intellectual history of early modern South Asia; the polycentricity of modernity; cosmopoli 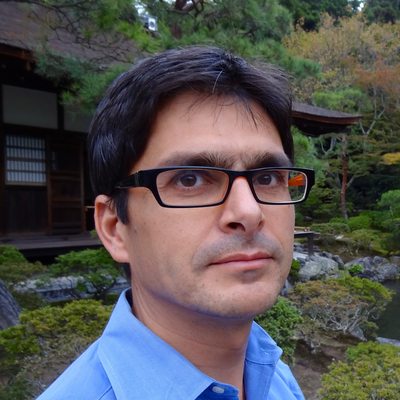 Professor Ganeri's research interests are in consciousness, self, attention, the epistemology of inquiry, the idea of philosophy as a practice and its relationship with literary form, case-based reasoning, multiple-category ontologies, non-classical logics, realism in the theory of meaning, the history of ideas in early modern South Asia, the polycentricity of modernity, cosmopolitanism and cross-cultural hermeneutics, intellectual affinities between India, Greece and China, and early Buddhist philosophy of mind.

His books include The Self: Naturalism, Consciousness, and the First-Person Stance; The Lost Age of Reason: Philosophy in Early Modern India 1450-1700; The Concealed Art of the Soul; and Philosophy in Classical India: The Proper Work of Reason. He has published in Mind, Philosophy and Phenomenological Research, the Australasian Journal of Philosophy, Isis, New Literary History, Philosophy and Literature, Synthese, Analysis, Philosophy, in major Indology journals, and is on the editorial boards of The Stanford Encyclopedia of Philosophy, Philosophy East & West, Journal of the Indian Council of Philosophical Research, the Journal of Hindu Studies and other journals and monograph series. He advocates an expanded role for cross-cultural methodologies in philosophical research, together with enhanced cultural diversity in the philosophical curriculum. Professor Ganeri is the 2015 laureate of the Infosys Prize in the Humanities.

Department of the Study of Religions, SOAS, University of London Professorial Research Associate

The Oxford Handbook of Indian Philosophy

Published in 2017 by Oxford University Press

The Self: Naturalism, Consciousness, and The First-Person Stance

The Concealed Art of the Soul: Theories of Self and Practices of Truth in Classical India

Philosophy in Classical India: The Proper Work of Reason

Published in 2001 by Routledge