Social and cultural history of modern Britain and America; history of war and violence; medical humanities; history of the emotions; masculinity; sexual violence; what it means to be human 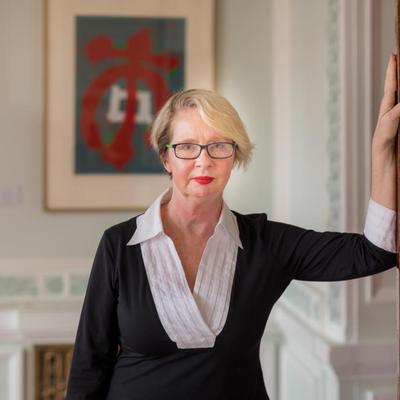 Joanna Bourke is Professor of History at Birkbeck College, University of London. She is the prize-winning author of eleven books, including histories on modern warfare, military medicine, psychology and psychiatry, the emotions, and rape. Among others, she is the author of Dismembering the Male: Men's Bodies, Britain, and the Great War (1996), An Intimate History of Killing (1999), Fear: A Cultural History (2005) and Rape: A History from the 1860s to the Present (2007). Her book, What it Means to be Human: Reflections from 1791 to the Present was published by Virago in 2011. In 2014, she was the author of The Story of Pain: From Prayer to Painkillers (OUP) and Wounding the World: How Military Violence and War-Play are Invading our Lives (Virago). Her books have been translated into Chinese, Russian, Spanish, Catalan, Italian, Portuguese, Czech, Turkish, and Greek. An Intimate History of Killing won the Wolfson Prize and the Fraenkel Prize. She is a frequent contributor to TV and radio shows, and a regular correspondent for newspapers.

War and Art: A Visual History of Modern Conflict

Edited by Joanna Bourke - Published in 2017 by Reaktion Books

Wounding the World: How Military Violence and War-Play Are Invading Our Lives

Published in 2014 by Virago and Counterpoint

The Story of Pain: From Prayer to Painkillers

Published in 2014 by Oxford University Press

It has been translated into Turkish (Koe University Press).

What It Means To Be Human, Historical Reflections 1791 to the Present

Published in 2011 by Virago and Counterpoint

Rape: A History from 1860s to the Present

Published in 2007 by Virago and Shoemaker and Hoard

It has been translated into Italian, Spanish, Czech, Russian, Chinese, and Greek.

Published in 2005 by Virago and Shoemaker and Hoard

It has been translated into Italian, Spanish, Chinese, Russian, and Greek. It was on the final shortlist for the Mind Book of the Year.

Published in 2001 by Oxford University Press

It has been translated into Italian, Spanish, and Catalan.

The Penguin Atlas of British and Irish History. From Earliest Times to the Present Day

Published in 1999 by Granta and Basic

It has been translated into Chinese, Czech, Russian, Italian, Portuguese, Spanish, Catalan, Greek, and Turkish. It won the 2000 Wolfson History Prize as well as the 1998 Fraenkel Prize in Contemporary History. It was in the final shortlist for the W. H. Smith Literary Prize in 2000.

Dismembering the Male: Men's Bodies, Britain, and the Great War

Published in 1996 by Reaktion Press, and University of Chicago Press

Published in 1994 by Routledge

Husbandry to Housewifery: Women, Economic Change and Housework in Ireland, 1890-1914

Published in 1993 by Clarendon Press

It won the Ronald Tress Prize.

In this talk, Joanna Bourke outlines how the pandemic has exacerbated, not created, the problem of domestic and sexual violence in our society.