Historical sociology and modernity; social theory, epistemology, and the intersection of postcolonial and decolonial studies; the political economy of race and colonialism 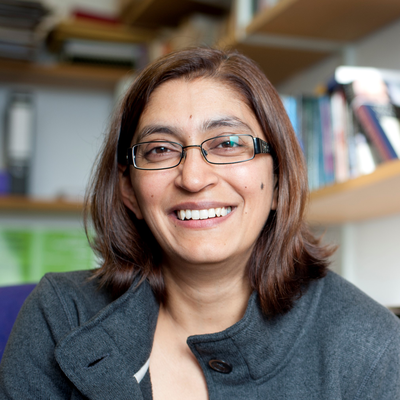 Gurminder K Bhambra is Professor of Postcolonial and Decolonial Studies at the University of Sussex. Prior to this, she was Professor of Sociology at the University of Warwick and has also been Guest Professor of History and Sociology at the Centre for Concurrences in Colonial and Postcolonial Studies at Linnaeus University in Sweden. While her research interests are primarily in the area of global historical sociology, she is also interested in the intersection of the social sciences more generally with recent work in postcolonial and decolonial studies. Among her publications are Rethinking Modernity: Postcolonialism and the Sociological Imagination, which won the 2008 BSA's Philip Abrams Memorial Prize for best first book, and Connected Sociologies, which is available open access. Her current projects focus on concerns with epistemological justice and reparations and on the political economy of race and colonialism. Specifically, she is currently working on a project on tax and welfare within the British empire and also has a co-authored book on Colonialism and Modern Social Theory forthcoming with Polity Press.

School of Global Studies, University of Sussex Professor of Postcolonial and Decolonial Studies

University of Warwick Professor of Sociology

Perspectives: Everything you know about Brexit is wrong

As part of TEDxBrum, Gurminder K Bhambra deeply explores the idea of Britain as a nation and challenges dominant narratives on the recent vote for Britain to leave the European Union

Perspectives: Everything you know about Brexit is wrong

Brexit, Trump, and ‘Methodological Whiteness’: On the Misrecognition of Race and Class

Gurminder K Bhambra - Published in 2017 by British Journal of Sociology

Vol 68. Special issue on The Trump/Brexit Moment: Causes and Consequences

The Current Crisis of Europe: Refugees, Colonialism, and the Limits of Cosmopolitanism

Comparative Historical Sociology and the State: Problems of Method

A Sociological Dilemma: Race, Segregation, and US Sociology

Gurminder K Bhambra - Published in 2011 by The American Historical Review

Sociology and Postcolonialism: Another 'Missing' Revolution?