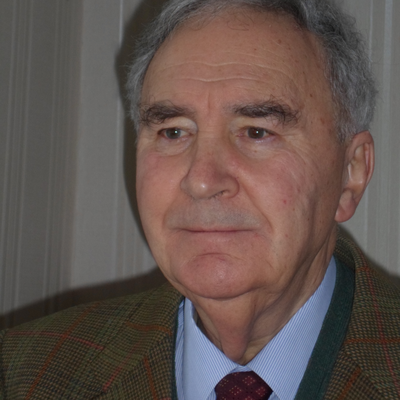 Born in Surbiton, Surrey, in 1932, Gerald Stone was a graduate of the School of Slavonic and East European Studies of the University of London. He taught Slavonic languages and comparative Slavonic philology at the Universities of Nottingham (1966-71) and Cambridge (1971-2) before becoming a lecturer in non-Russian Slavonic languages at the University of Oxford and a Fellow of Hertford College from 1972 to 1999. He was then an Emeritus Fellow of Hertford and continued his research into the historical linguistics of the Slavonic languages, especially Kashubian, Polish, Russian, Slovene, and Sorbian. His main interests were in pronominal address, language contact, dialectology, etymology, the Slav substratum in Trans-Elbian German, and scrutinizing primary sources. He was responsible for introducing Polish to the Oxford modern languages syllabus and was a language consultant to the Oxford English Dictionary.

The Göda manuscript 1701. A source for the history of the Sorbian language. With an introduction and glossary. 2009

The smallest Slavonic nation: the Sorbs of Lusatia 1972

The Russian language since the revolution 1978

A dictionarie of the vulgar Russe tongue, attributed to Mark Ridley 1996