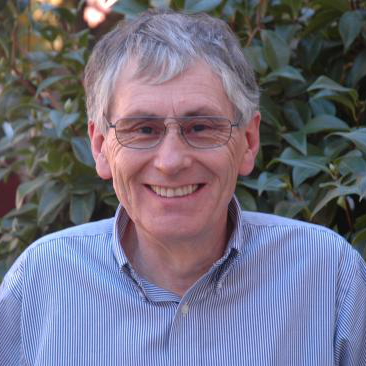 Geoffrey K. Pullum earned his B.A. in Language at the University of York in 1972. After a year of service as a Teaching Fellow he went to King's College Cambridge for a year as a research student (1973-74), attended the LSA summer institute at the University of Massachusetts at Amherst (1974), and then took a lecturing job at University College London. He earned his PhD under the direction of Professor N. V. Smith FBA while working at UCL. His life in UK academia was then interrupted by a quarter century of absence: he taught for a year (1980-81) at the University of Washington and Stanford University, and in 1981 accepted an associate professorship at the University of California, Santa Cruz (UCSC). Over the following decades the Department of Linguistics there built a reputation as one of the top departments in the USA. He was promoted to Professor of Linguistics and then Dean of Graduate Studies and Research, and spent sabbatical years at the Center for Advanced Study in the Behavioral Sciences (1990-91) and the Radcliffe Institute for Advanced Study at Harvard University (2005-06). For five years he spent several months each year in Australia working with Professor Rodney Huddleston on The Cambridge Grammar of the English Language, the most exciting project of his life. The book was published in 2002 and won the Leonard Bloomfield Book Award of the Linguistic Society of America in 2004. In 2007 he accepted the post of Professor of General Linguistics within the School of Philosophy, Psychology and Language Sciences at the University of Edinburgh, and he has worked there ever since.

The Cambridge Grammar of the English Language (2002)