Aesthetics in combination with politics; Marxism and critical theory, especially the work of Walter Benjamin and TW Adorno; the poetics of science and technology; animation; digital culture and the sensorium 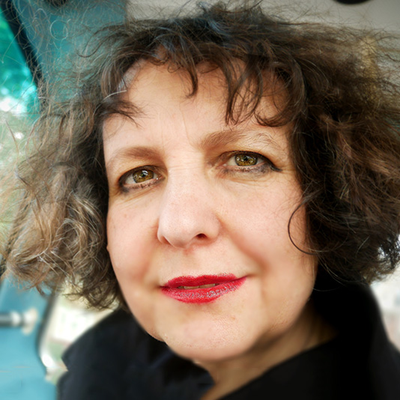 Esther Leslie’s chair, ‘Professor of Political Aesthetics’, at Birkbeck, yokes together subjects perhaps thought of as discrete in disciplinary terms, and neither of which she professes to teach within – Politics and Aesthetics. For her, the relay between these aspects has featured in much of her work – whether it is the exploration of how aesthetic innovations, art and culture, respond or react to liberatory revolutionary situations, or whether it is the ways in which an authoritarian regime turns aesthetics and art into a weapon of control, as something to be censored and policed, lest it threaten the social order. Much of her work on Walter Benjamin, Theodor Adorno, Siegfried Kracauer, on Nazi film and photography, on Stalinist Socialist Realism, on madness and expression, has tracked these connections. Through this work, she came to the theme of animation, which she has interpreted as a philosophically attuned form, inserting itself into political contexts in a variety of intriguing ways. Her more recent work, developing out of a fascination with colour in representation, has taken her political, aesthetic and interdisciplinary approaches into the study of technology and science, under the mantle of what she calls a poetics of science. Two aspects not always thought in tandem are again combined. One result of this was the study of synthetic dye production in Germany, where colour, artifice, politics, philosophy, company and art histories combine. Her earlier work on animation stuck with cel and model animation, but the shift of the industry into computer generation, and the suffusing of this CGI everywhere, led to investigations of liquid crystals, touchscreens and a highly expanded idea of what it means to be animated now. Newer work explores the poetics and politics of milk and butter production, the metaphorical impulses of Fog and Cloud Computing and what type of atmospheres they produce and are produced in.

University of East London Lecturer of Cultural and Media Studies

Deeper in the Pyramid

Melanie Jackson and Esther Leslie - Published in 2018 by Banner Repeater

Liquid Crystals: The Science and Art of a Fluid Form

Esther Leslie - Published in 2016 by Reaktion

Walter Benjamin, The Storyteller: Tales out of Loneliness

Walter Benjamin Edited by Esther Leslie - Published in 2015 by Reaktion

Derelicts: Thought Worms from the Wreckage

Esther Leslie - Published in 2014 by Unkant

Esther Leslie - Published in 2007 by Reaktion

As Radical As Reality Itself

Esther Leslie - Published in 2005 by Reaktion