Art, photography, museums and material culture of Tibet, the Tibetan diaspora and India. Anthropological, art historical and curatorial research on the representation of Tibet internationally in the past and present 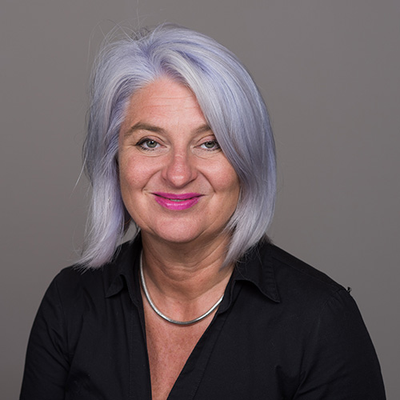 Professor Clare Harris is Professor of Visual Anthropology at the School of Anthropology and Museum Ethnography and Curator for Asian Collections at the University of Oxford. She is also a Fellow of Magdalen College, Oxford. Her pioneering work on Tibetan art, visual/material culture, photography and museums has effectively created a new field of study for which she has received recognition in the form of book prizes, research awards and invitations to lecture at universities around the world. Much of Clare’s work on Tibet and its diaspora has been informed by her wider interests in art and aesthetics; the politics of constructions of knowledge, collecting and representation, especially in relation to museums, the art world, and photography; and a critical approach to the impact and aftermath of British imperialism and Chinese interventions in Tibet. Her doctoral thesis was published as In the Image of Tibet (1999), and was the first study of modernist and contemporary Tibetan art. Later books, such as The Museum on the Roof of the World (2012) and Photography and Tibet (2016) broke new ground with their interrogation of the modes in which Tibet has been represented museologically, visually and politically, both by outsiders and Tibetans themselves. This work is the product of many years of research in Tibetan communities (primarily in India where she has been conducting fieldwork since the early 1990s), as well as in archival contexts in Europe, North America and various parts of Asia. Clare continues to combine anthropological fieldwork, art historical analysis, and archival research in her latest project on the history and after-lives of photographs created in the Indian Himalayas since the colonial period. Much of her research feeds into curatorial activities at the Pitt Rivers Museum, in galleries in the UK and in Asia, and in projects working in collaboration with contemporary artists from Tibet, the Himalayas, and the Tibetan diaspora. Clare is very much a public-facing academic and curator who, in addition to giving lectures and conference papers internationally, has given many talks for audiences outside academia, and has appeared on BBC Radio Oxford, Radio 3 and Radio 4.

University of East Anglia Lecturer in the Anthropology of Art

The Museum on the Roof of the World: Art, Politics and the Representation of Tibet

Clare Harris - Published in 2012 by University of Chicago Press

Clare Harris - Published in 2011 by Rossi and Rossi Ltd

Ladakh: Culture at the Crossroads

Ed. by Clare Harris and Monisha Ahmed - Published in 2005 by Marg Publications

Clare Harris and Tsering Shakya - Published in 2003 by Serindia Publications

In the Image of Tibet: Tibetan Painting after 1959