The economic history of late-medieval Britain and Ireland, with particular reference to human-environment interactions during the 14th century and trends in agricultural output and productivity from the 13th to 19th centuries 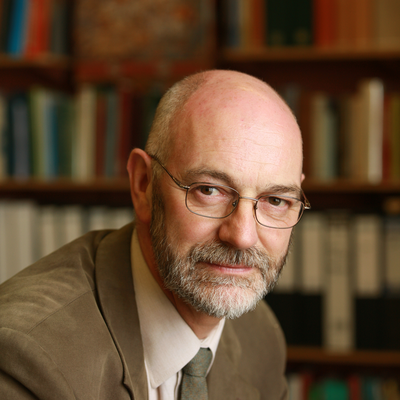 I am professor emeritus of medieval economic history in The Queen's University of Belfast (QUB). Schooled in Hertfordshire, I was an undergraduate at Liverpool (1967-70), a postgraduate at Cambridge (1970-73) and from 1973 to 2012 was on the staff of QUB in, successively, the departments of Geography, Economic History, History and, finally, the School of Geography, Archaeology and Palaeoecology. Medieval economic history has always been my chosen research field: it offers big issues, a wealth of data, and the stimulus of a small but energetic band of fellow researchers. My own aim has been to harness the wealth of detailed statistical information contained in England's extensive medieval archives to shed systematic light on the country's economic development when it was still comparatively poor, under-developed and prone to subsistence crises and famine. This aspiration has borne fruit in reconstruction of the provisioning of late-medieval London (1993), analysis of the output of seigniorial demesnes (2000), examination of the attributes of lay estates (2006), creation of a national database of crop yields (2007), estimation of English national income back to 1270 (2015) and, most recently, investigation of the interactions between climate, disease and society over the course of the late-medieval centuries (2016).