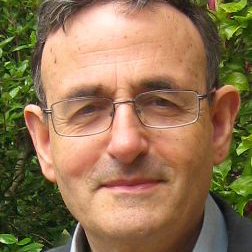 Avner Offer, FBA is Chichele Professor Emeritus of Economic History at the University of Oxford, and a Fellow of All Souls College. He was raised in Israel and educated in Jerusalem and Oxford. Initially he wrote about land tenure and the economics of war, and published Property and Politics 1870-1914 (CUP, 1981), and The First World War: An Agrarian Interpretation (OUP, 1989) as well as many articles. Subsequently he focused on consumption and the quality of life and has published The Challenge of Affluence: Self-control and Well-Being in the United States and Britain since 1950 (OUP, 2006) as well as articles and edited books on reciprocity ('the economy of regard'), well-being, working-class experience, and the social determinants of obesity. Currently he is studying the transition from Social Democracy to Market Liberalism. Articles have covered Adam Smith and the invisible hand, the economy of obligation, and the American health system. The next book is The Nobel Factor: The Prize in Economics, Social Democracy and the Market Turn (forthcoming, Princeton University Press, 2016, with Gabriel Saderberg). Another current strand of work investigates the links of finance, real estate, and household debts and assets.

University of Oxford Reader in Recent Social and Economic History

University of York Lecturer and Reader

The Challenge of Affluence 2006

Between the gift and the market: the economy of regard Economic History Review 1997