Interactions between Christians and Jews in the Middle Ages within the broad context of 12th and 13th-century theological and ecclesiastical developments; the place of Jews and Muslims in canon law 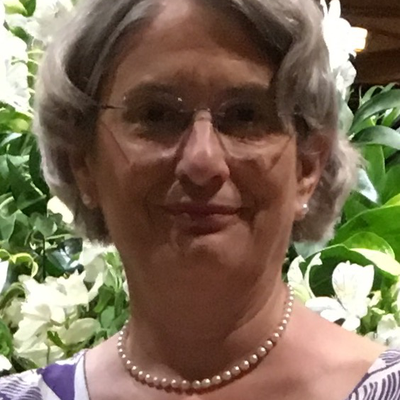 Anna Sapir Abulafia took up the Chair of the Study of the Abrahamic Religions in the Faculty of Theology and Religion in the University of Oxford in April 2015. Abulafia came from ‘the other place’ where she was Senior Tutor (1996 - 2002) and Vice-President (2002 - 2010) of Lucy Cavendish College, Cambridge as well as Director of Studies and College Lecturer in History since 1990.

The main focus of her research is the interaction of medieval Christianity and Judaism within the broad context of 12th and 13th-century theological and ecclesiastical developments. Abulafia's current research concerns the study of medieval Canon Law through the lens of Christian-Jewish relations. The research centres on Gratian’s Decretum, the mid-12th-century collection of canons which systematised many thousands of ecclesiastical and theological texts spanning more than 1000 years of Christianity. It rapidly became the standard medieval textbook of canon law. It was studied, taught, and consulted all over Europe. Glosses on the text proliferated and numerous overviews of the Decretum were produced soon after its appearance.

Abulafia is interested in understanding why the Decretum, as it evolved from an initial iteration to a much fuller version incorporated a number of canons concerning Jews; she is examining how those canons were read and how they were commented on. The focus of my investigations is the unique 12th-century Oxford manuscript, which is now MS 283/676 in the library of Gonville and Caius College, Cambridge. This manuscript contains a late 12th-century Decretum together with two layers of glosses. The oldest layer of glosses is the most extensive one; it reflects the teaching of the Decretum by Anglo-Norman canonists in Oxford in the 1190s, including John of Tynemouth and Simon of Southwell, both of whom were masters in Oxford at the time. The aim of Abulafia's project is to discover more about the role canon law played in the dissemination of Christian ideas about Jews and Muslims in the 12th and 13th centuries as well as shedding further light on the 12th-century evolution of the Decretum into the text which was disseminated throughout Latin Christendom.

University of Oxford Professor of the Study of Abrahamic Religions

Newnham College, University of Cambridge Director of Studies in History

Christians and Jews in the Twelfth-Century Renaissance

Christian Jewish Relations 1000-1300: Jews in the Service of Medieval Christendom

Christians and Jews in Dispute: Disputational Literature and the Rise of Anti-Judaism in the West (c.1000–1150)

From 'The Cambridge History of Judaism Volume 6. The Middle Ages: The Christian World', edited by Robert Chazan

The Fourth Lateran Council through the lens of Jewish service

From 'Jews and Muslims under the Fourth Lateran Council', edited by Marie-Thérèse Champagne and Irven M. Resnick

The Contested Seed of Abraham

From 'Communicating the Middle Ages: Essays in Honour of Sophia Menache', edited by Beni Kedar, Michel Balard and Iris Shagrir

Engagement with Judaism and Islam in Gratian’s Causa 23

From 'Jews and Christians in Medieval Europe: The Historiographical Legacy of Bernhard Blumenkranz', edited by Philippe Buc, Martha Keil and John Victor Tolan

From 'Anglo-Norman Studies XXXVIII', edited by by Elisabeth van Houts

Gratian and the Jews