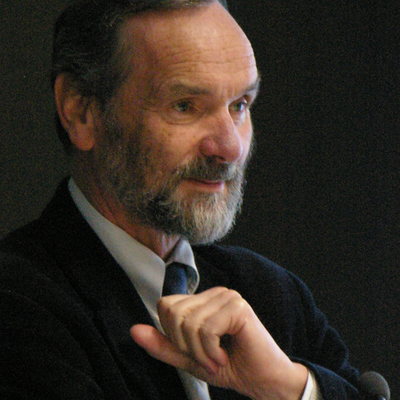 Alain Supiot is Professor Emeritus at the Collège de France, where he held the chair Social State and Globalization: Legal Analysis of Solidarities (2012-2019). He is a Corresponding Fellow of the British Academy and holds honorary doctorates from several universities, including Louvain-la-Neuve, Aristotle of Thessaloniki, Liège, Buenos Aires.

Alain Supiot was successively a professor at the University of Poitiers and Nantes and a member of the Institut Universitaire de France (2001-2012) before being elected to the Collège de France. He spent several years conducting overseas research at the Institute of Industrial Relations Berkeley (1981), the European University Institute Florence (1989-1990), and at Wissenschaftskolleg zu Berlin (1997-1998). From 1998 to 2001, he chaired the National Council for the Development of the Humanities and Social Sciences and from 2017 to 2019 he was a member of the Global Commission on the Future of Work (ILO). He founded and directed the Nantes Institute for Advanced Study between 2008 and 2013, which gathers a community of scholars every year from northern and southern countries.

His work has mainly been in two complementary fields: labour law and legal theory.

Alain Supiot has published 34 books both alone or in collaboration with other researchers, which have often been translated into foreign languages. Many of his publications are available online.

Governance by Numbers. The Making of a Legal Model of Allegiance, Oxford & Portland, Hart Publishing, 2017.

The West's cherished dream of social harmony by numbers is today disrupting all our familiar legal frameworks - the state, democracy and law itself. Its scientistic vision shaped both Taylorism and Soviet Planning, and today, with 'globalisation', it is flourishing in the form of governance by numbers.

Labour is not a commodity: The content and meaning of work in the twenty-first century, International Labour Review, Vol.

The Grandeur and Misery of the Social State 2013, Collège de France

The Spirit of Philadelphia: Social Justice vs. the Total Market 2012, Verso

Alain Supiot - Published in 2012 by Verso

In 1944, the International Labour Organization laid out its “Declaration of Philadelphia,” a full-fledged social bill of rights in the same spirit as FDR’s State of the Union address of the same year.

Homo Juridicus: On the Anthropological Function of the Law 2007, Verso

Alain Supiot - Published in 2007 by Verso

In this groundbreaking work, French legal scholar Alain Supiot examines the relationship of society to legal discourse. He argues that religion and the state no longer underwrite fundamental values, and consequently that the law functions as the sole arbiter of human relations.

- Beyond Employment. Changes in Work and the Future of Labour Law in Europe

This book is the English edition of what has become widely known as 'The Supiot Report' - a bold and far-reaching look at the changing nature of work initiated by the EC.