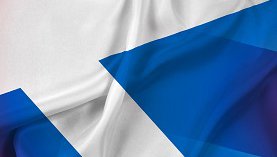 Did slavery help make Scotland great? That's the uncomfortable question at the heart of a project led by Scottish historian Sir Tom Devine. In Recovering Scotland’s Slavery Past, edited by Devine, leading scholars reveal telling details, such as compensation paid to Scottish owners when slavery was abolished. Can Scotland be described as an abolitionist nation, untainted by a slavery past? Perhaps not after this event.