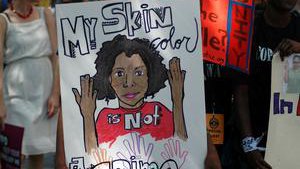 The 2012 convictions for the murder of Stephen Lawrence again brought into sharp focus the problematic interaction between racial discrimination and criminal justice. However, this is not just a British problem. A panel of leading voices from politics, academia and legal practice explored the issues at the nexus of race, EU law and policing.

Momodou Jallow, Vice-President for the European Network Against Racism in Europe.

Dr Alpa Parmar, Departmental Lecturer in Criminology at the University of Oxford.

This event was organised in connection with the British Academy Conference The Race Relations Act @ 50.