The production and circulation of printed books in the Occident and Orient, from the accession of the Tang Dynasty (c.618) to the first Industrial Revolution 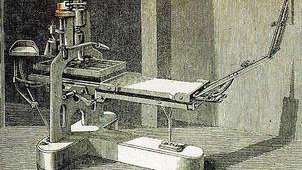 This conference aims to open the conversation between economic historians and historians of the book and stimulate publications and research in a truly global history of knowledge formation from the Tang Dynasty to the Industrial Revolution. It provides a timely opportunity and forum for reviewing the debate on economic divergence between Occident and Orient after more than twelve years of debate. It also fed suggestions into the now rapidly growing field of global history.  As an interdisciplinary conference linked to more than three decades of widespread research on the history of the book, it should interest scholars in the fields of history, economics, law, sociology, religious and area studies, and education as well as scholars in libraries and museums concerned with the storage and preservation of knowledge in book form.