Nationalities and Parliaments now: What can we learn from the past? 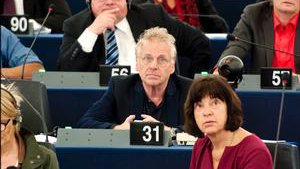 In the late 19th and early 20th centuries, the growth of nationalist and minority movements interacting with democratic political forces stretched to breaking point the rules and conventions of parliamentary systems. Today, a combination of economic crisis, stresses caused by refugee movements and economic migration, as well as a collapse in the perceived legitimacy of many political systems, is again testing the capacity of political institutions to cope. This discussion explored how the fit between democratic institutions and national identities and aspirations is being challenged across Europe.

This event was held in connection with the British Academy Conference on Parliaments and Minorities: Ethnicities, Nations and Religions in Europe, 1848-1948.