"One is not born, but becomes, a genius": another Simone de Beauvoir 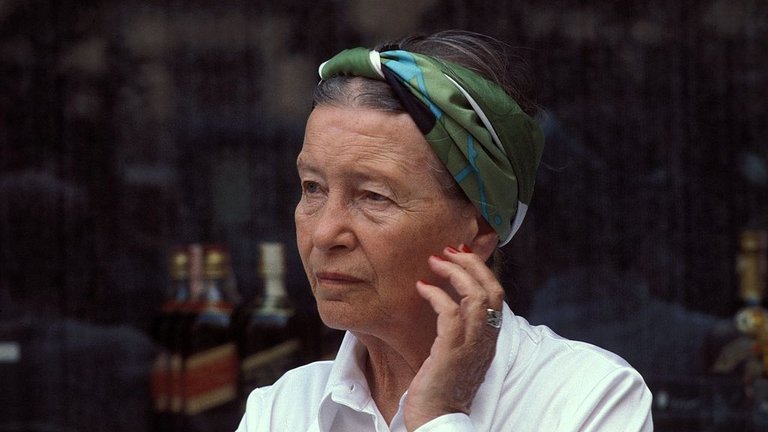 Delivered by the most outstanding academics in the UK and beyond, the British Academy’s flagship Lecture Programme showcases the very best scholarship in the humanities and social sciences.

Simone de Beauvoir has often been called the “mother” of second-wave feminism, and The Second Sex its bible. In the Anglophone world, especially since Judith Butler’s “Sex and Gender in The Second Sex”, The Second Sex has also been credited with introducing a distinction between sex and gender. Its famous line, “one is not born, but rather becomes, a woman” is widely cited as a slogan for the view that gender is socially constructed. But the book itself never uses the word “gender” – and readers of the famous sentence often overlook the fact that it is not the first of its kind in The Second Sex, or in the history of philosophy: in the first volume of The Second Sex Beauvoir wrote that “one is not born, but becomes, a genius”; centuries before her Erasmus wrote that “one is not born, but becomes, a man”. After outlining why I (and many Beauvoir scholars before me) take the attribution of this distinction to Beauvoir to be a significant mistake in the reception of The Second Sex – due at least in part to its poor and partial first English translation – I present another reading of Beauvoir’s magnum opus. On this reading, Beauvoir’s burning question is not the abstract metaphysical inquiry “What is a woman?” Rather, The Second Sex is an existential experiment, the aim of which is liberatory. Although the situation in which it was written is distant to many readers today, the challenge it poses: “how, in the feminine condition, can a human being accomplish herself?” is not.

Kate Kirkpatrick is a philosopher based in Oxford, where she is Tutorial Fellow in Philosophy and Christian Ethics at Regent’s Park College. She is author of Sartre on Sin (OUP, 2017), Sartre and Theology (Bloomsbury, 2017), and the internationally acclaimed biography Becoming Beauvoir: A Life (Bloomsbury, 2019), which was selected as one of the best books of 2019 by the Times Literary Supplement, The Guardian, and The Telegraph, and is currently being translated into over a dozen languages. In 2021 she was awarded a British Academy Mid-Career Fellowship to write a philosophical commentary on Simone de Beauvoir's The Second Sex.

This event includes a reception for all attendees after the lecture.

This event will take place in person in partnership with Newcastle University. If you have any questions about this event please email [email protected].